Financial advisers are already working with technology for digital statements of advice (SoA), according to the head of an advice software and platform solutions provider.

Appearing on a new episode of the ifa Show podcast DASH (formerly WealthO2) CEO Andrew Whelan said he believes talk around implementing a digital SoA is a genuine reality and that the technology is “already there”.

“Any Word document can be converted to a piece of software that an adviser can present more in a more engaging fashion,” Mr Whelan said.

“When it's digital, you can time how long people are in certain sections. So, there's all these extra compliance features that a Word document won't give you. It gives you version control if you make changes. You can have in room chat, like an SoA chat room, so you don't have to be there and then if you make changes, it updates.”

The SoA has been a contentious talking point in the industry for some time; founder and CEO of WOW Women’s Group Tracey Sofra recently slammed the SOA process as “horrendous” and “a complete waste of time”.

Last year, the Financial Planning Association of Australia (FPA) revealed it was working on a digital SoA alongside ASIC that would “effectively have no paper involved at all”.

And only in March this year, the Financial Services Council (FSC) listed simplifying documentation requirements for the advice process as a top policy priority ahead of the federal election this month.

In a report, the FSC stated that SoAs are “driving up the cost” of financial advice and backed calls for it to be replaced with a letter of advice.

Mr Whelan added that the idea of an avatar would work well on a digital SoA.

“If you're just doing like a quarterly rebalance across your portfolios or something along, you ping that out and you can just record yourself and put yourself in the SoA,” he explained.

“So all of that is available now and advisers are all ready, it's brand new, so they’re sort of thinking: ‘Do I embed this space in my business and will it suit my client base?’

“But the technology is already there. We already have it.”

Listen to the full podcast with Mr Whelan here. 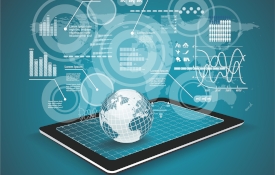