Digital SOA in works due to ‘absurd and obscene’ current system

The FPA is currently working on a digital SOA alongside ASIC that would “effectively have no paper involved at all”.

“We have numerous complaints and disciplinary systems and processes that financial planners need to comply with,” Mr Marshan said.

“The only way that a financial planner and their licensee can be comfortable that they’ve got a defensible position if there is a consumer complaint against them is to document something that is around 100 pages long to ensure that every warning, every consideration, every recommendation is documented in such a way that if somebody picks up that document, they can find a defence for whatever the complaint is.”

Liberal MP Jason Falinski – who earlier in the committee called for the Hayne royal commission recommendations to be scrapped – slammed the current set-up.

“Are you telling me that of 100 pages that you have to hand out to clients, 92 of them are just to satisfy lawyers?” Mr Falinski said.

“Does that not strike you as not only absurd but obscene?”

Mr Marshan said that the current system has inspired them to commence work on a digital SoA.

“We’re working with ASIC to try and create a digital SOA that would effectively have no paper involved at all which would much better address the cost, the time to produce the SOA and what the client actually receives and delivers,” he said.

A due date on the digital SOA is yet to be announced.

Digital SOA in works due to ‘absurd and obscene’ current system 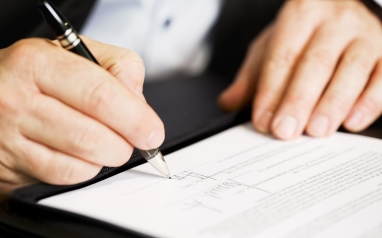