Advancements in AI and machine learning have ushered in several remarkable innovations in digital advice.

Interestingly, after two years since its inception, Multiply AI could only tap into 0.17 per cent of the UK’s massive £5 billion ($7.79 billion) advice market. Weighing up their current adoption rate with EY’s 2019 Global Fintech adoption index, it will take Multiply AI over a decade to capture at least 3 per cent of their target market. It is in fact a similar story for many such fintech start-ups around the world who are destined to deliver holistic financial advice without the need of any human inferences.

So, what is holding back such enterprises from capitalising on consumer demand despite being able to offer competitive prices and ubiquitous accessibility?

In November 2000, Bill Gates demonstrated a prototype of the first Microsoft tablet PC; a technology that he envisioned as the future of personal computing. Despite being a notable technological innovation at the time, the product never succeeded in gaining momentum among consumers. Among other palpable drawbacks, Microsoft failed in its effort to force fit its existing operating system into the hardware, expecting people would replace their desktop computers with a tablet.

The Microsoft Tablet fiasco reflects the behavioural economics of human decision making in adopting new technologies. Although being a superior technology at the time, consumers were quite habituated to using the Windows OS in their desktop PC and shifting it to a tablet PC meant a giant leap from their comfort zones. The very reason why Apple later succeeded where Microsoft initially failed was because they positioned tablets as a different consumer product with its own purpose and target market. Not surprisingly, consumers have now evolved to be confident and familiar enough to replace their desktops and laptops with a tablet.

It is the lack of this evolutionary transition in consumer habits that is deterring them from adopting new digital advice platforms. Much of today’s advice seekers are used to the traditional high touch client-adviser formula and replacing it with tech and removing the human element could scare them away. Perhaps re-shaping and identifying digital advice as a separate consumer service without the intent to replace traditional advisers but to reduce cost and increase accessibility would be the first step towards achieving consumer confidence and nudging them towards digital advice.

The abiding respect for the human element is enormous when it comes to financial advice. When clients seek advice from planners, they are not just looking to take the burden of decision making off and for the professional expertise, but the emotional connection, too. The level of emotional connection and trust conferred on a planner determines how well clients stick to their plan. To a great extent today’s technology still cannot provide this “human” essence to its users (though it may change in the future). This means that retaining the human element in digital advice is critical until the tech and consumers have evolved enough to be self-reliant on each other.

Preparing for the future

Amidst major industrial overhauls and the COVID-19 pandemic, it could be quite daunting for businesses to manage change and continuity. However, now is the time for business leaders to step back and look at the big picture. With technology reducing the distance between providers and clients, the traditional intermediaries are under pressure and it is only a matter of time until tech overruns them.

Businesses and advisers should be shepherding new technologies and work alongside their clients in changing their habits. The changes need not be drastic but rather simple ones like client portals, digital fact finds and risk profiling, delivery and execution of plans via a digital platform, etc that are gradually phased in. Though COVID-19 has accelerated the adoption of many such changes, advisers should continue to expand their horizons and seek to bring in more new client-centric digital tools and services to prepare them for what could be the future of the industry. 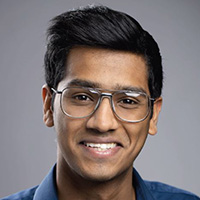 Last Updated: 16 March 2021 Published: 15 March 2021
blogs
4 commentsjoin the conversation
blogs
The difficult gap between general and personal advice: Practical implications for advisers
Secure your online assets… if you want to stay in business