The truth about industry ethics

I was aroused from my retirement slumber recently (I always sleep with one eye open), when I read with interest that only some of the directors of MFS Pty Ltd have been asked to pay $615 million to thousands of retirees who put their savings and trust in advisers’. MFS collapsed in 2008 owing investors $2.5 billion, and as ifa has reported at least two former directors are still operating in the industry.

Always good to read when the corporate cop ASIC is seen to be doing a good job. Indeed from time to time we read that yet another adviser has fallen foul of the law and is banned and fined, sometimes jailed – all good outcomes since tar and feathering became such a messy business.

When it comes to the financial services industry are we really serious about the meaning of a code of conduct, or are these mere words designed to placate the regulator and public that insists on seeing that a professional body should have a code of ethics?

Words can have powerful meaning, the message and intent engraved in granite in the case of the Gettysburg address.

But in our industry, are we to have mere words or an enforceable code?

This is an open question to industry associations, FPA, AFA, CFA, insurance council, bankers' association: if you adopt a code of ethics, will your members behave?

The consumers expect so, but will you enforce a code of conduct? How many members of industry associations have been thrown out over the last decade by the association itself?

Our words: "Principles, values, standards, or rules of behaviour that guide the decisions, procedures and systems of an organisation in a way that (a) contributes to the welfare of its key stakeholders, and (b) respects the rights of all constituents affected by its operations."

A well-designed ethics code should inspire and promote ethical values, and not just consist of a set of constraints, rules and violations.

The following questions should be asked when compiling a code:

Which brings me back to the question of ethical behaviour. If the intent is to always act in the best interests of the client, then this should be the minimum standard that all advisers be measured by. If that test fails, so does the ethics and moral standing of the organisation.

Lawyers will put their spin on this but the intent is that advisers are to, at all times, act ethically. And if they do not then the organisation has to enforce the code, including banishing membership.

An open question: if an adviser is only being offered a limited approved product list, that lets say has only one product solution, are they acting in the client’s best interest?

If an adviser has a conflict of interest in recommending any investment, for example either they or their principle has a financial interest, are they acting in the client’s best interest?

My purpose in writing this is to encourage debate. 80 per cent of advisers in Australia are constrained with limited approved product lists and incentive to promote home brand product solutions, should they continue to be constrained under the same code?

Or is it more appropriate that a separate code be drafted so that consumers can fully understand advice that is not conflicted?

Otherwise the various associations will have a bust job each Monday morning enforcing the breaches of the previous week.

Brian Boggs is a retired financial adviser, a former NSW director of the AFA and current principal of Information, Learning and Implementation Pty Ltd.

The truth about industry ethics 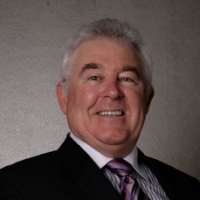