The Australian financial advice space has been put through a period of major transition, with a royal commission into the industry, incoming major changes to education standards and a new prime minister, just to name a few events.

Below are the five most read news stories on the ifa website for 2018. These stories have generated the biggest response from the Australian financial advice community over the last 12 months.

Linchpin Capital has been consistently on the radar of the corporate regulator for a range of reasons, including running two managed investment schemes without being appropriately licensed to do so, and using investor funds for its own purposes “without disclosing this use to investors”.

When the Royal Commission into Misconduct in the Banking, Superannuation and Financial Services Industry was established on 14 December 2017 to be led by commissioner Kenneth Hayne, speculation began on how the advice space would be affected. This was confirmed in April, when the royal commission largely named institutional licensees as its targets. As for the sole non-institutional licensee – Dover Financial Group – more on that further down.

After the Hayne royal commission’s second round of hearings – which focused purely on financial advice and wealth management – it requested more information from witnesses around some of the more contentious issues, including 'fees for no service'. Unsurprisingly, ifa readers were drawn to these responses and wanted some answers.

If the events of 2018 within the non-institutional advice space could be summed up by only one name, it would be Terry McMaster, director of the now-defunct Dover Financial Group. Earlier in the year, Mr McMaster had drawn mainstream interest when he collapsed on the stand under questioning from the Hayne royal commission’s counsel assisting Rowena Orr and had to be taken out on a stretcher.

The ifa exclusive that garnered the interest of not just its core audience – including the 400-plus authorised representatives who could no longer provide advice unless they immediately found a new licensee – but also royal commission counsel assisting Mark Costello, who described elements of Dover’s business model as “Orwellian”. 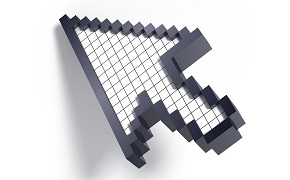