A BT Financial Group executive has joined calls for a move to individual licensing in the wake of the royal commission, suggesting that FASEA’s remit could be expanded under the reform.

In a statement posted on the Westpac website, Jane Watts, who is general manager of the bank’s BT Advice subsidiaries, said that individual licensing – whereby advisers would be individually registered rather than authorised by a third-party or corporate licensee – was one of a number of reforms that is now required.

Ms Watts proposed that responsibility for individual registration may come under FASEA’s remit, alongside adviser ethics and professional standards.

“There has to be a change to the regulatory and professional construct of the industry, building on existing reforms and modelled on other professions,” Ms Watts wrote.

“For financial advice this could see an expanded role for FASEA, as an independent body responsible for managing the individual registration of financial advisers.

“Individual registration would complement the educational requirements set by FASEA by genuinely professionalising the sector, much like other professionals, such as accountants and lawyers.”

Ms Watts said the reform would likely need to be accompanied by a “fidelity fund” levied by the industry and akin to those in place for legal practitioners in Australia.

The proposal for individual licensing was previously hinted at in Westpac’s submission to the Financial System Inquiry chaired by now-AMP chair David Murray in 2014. The submission suggested that “issuance of practising certificates” become part of the regulatory framework for financial advisers.

Westpac’s support for reform comes despite its ownership of third-party licensees including Securitor and Magnitude, and consultancy BT Select, which assists financial advice practices to apply for and maintain ASIC-overseen AFSLs.

A BT spokesperson declined to answer questions about what impact the introduction of individual licensing may have on these subsidiaries.

In addition to the licensing reform proposal, Ms Watts said the path to professionalism would be aided by an inability for “poor planners to simply move between advice businesses”.

A number of licensees have previously voiced frustration at the lack of information sharing from institutions on advisers seeking to leave their networks, including Dover Financial Advisers director Terry McMaster at the royal commission.

Ms Watts also reiterated the comments made by her colleague Mike Wright at the royal commission that grandfathered conflicted remuneration may need to cease.

“The industry needs to carefully consider the future of grandfathered remuneration arrangements and whatever conflicted remuneration remains permitted under FOFA,” she wrote.

“We recognise that the removal of grandfathering is complex and may have significant implications for some advisers and licensees.

“At the same time, whilst these arrangements remain, financial advisers and licensees will not gain the trust and respect that they seek from the community.” 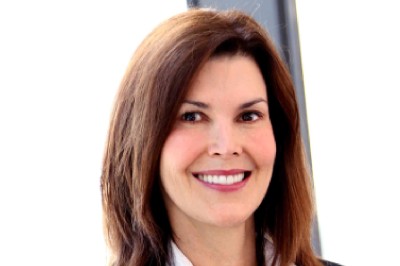