The government’s plan to change superannuation access laws for victims of crime could pave a path for predatory behaviour from litigators.

After a period of consultation, the federal government will be making changes to legislation to allow victims of serious crimes to access the superannuation of their perpetrators.

Under current law, superannuation is largely a protected asset, and not on the table for the purposes of victim compensation.

During the consultation period, some raised concerns that opening superannuation to victims of crime would prove a tempting honey pot for litigators. For the Australian Institute of Superannuation Trustees, those concerns still persist.

“Given the critical importance of superannuation to Australia’s retirement incomes system, any policy change must limit the opportunity for system manipulation by predatory operators,” AIST said.

In this context, superannuation could be used as a mechanism to address structural or systemic issues in society – such as lack of access to funded compensation schemes – which the government is otherwise not adequately addressing.

“Governments should explore the adequacy of state-based compensation schemes, because they are, and should continue to be, the primary method in which victims are able to access compensation,” AIST said.

AIST, in unison with several other interested parties, fear the changes also represent a significant departure from the core purpose of superannuation, which is that it is an asset strictly reserved for retirement income.

However, others have suggested that Australians using superannuation as a way to hide away funds from their victims also works against the system’s core purpose.

David Busoli, who now runs boutique administration firm SMSF Alliance, believes opening superannuation to victims of domestic violence can work to the core purpose of superannuation. In severe cases, those funds can be crucial to them reaching retirement, or having prospects of retirement savings.

“I have witnessed several instances where abusive partners have been able to prevent their victims from accessing any resources for months and years,” Mr Busoli told ifa sister title SMSF Adviser.

“Interim costs of living, coupled with legal costs, would have reduced their victims, and their children, to living on the streets if not for the charity of family and friends. Incongruously, ‘wealthier’ women are hit the hardest as they are unable to access the support the government refers to [in its consultation paper].

“Early access to super might provide their only means of escape. To these victims, their wellbeing in retirement is of no consequence when their very survival is at stake.” 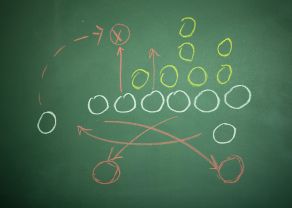