Dover Financial Advisers has announced a new service for its advisers, which includes the creation of websites and weekly content as a way to engage clients and address declines in revenue.

The program, known as Dover ACES, is considered an optional add-on and offers advisers a “fully developed, compliant website” and weekly content. The service, which intitially cost $100 a week, is now included in advisers' flat monthly payment to Dover.

“No matter which way you look at it, for many financial advisers, revenues are likely to fall from 1 January 2018. Put simply, the universe is pushing financial advisers more and more towards a fee-for-service model,” he said.

“And when a client is paying a fee directly, he or she will do a thorough check online before choosing an adviser. People will look for you online. It is critical that you give them something wonderful to find.”

As part of the new service, articles are directly published on the adviser’s branded website. Dover has also hired a team to create and maintain the websites for more than 375 advisers.

“Our advisers can now all benefit from having a quality website on which they regularly publish professionally-written material under their individual practice’s brand,” Mr McMaster said.

ifa first reported Dover’s new service in October 2016, when the group also announced they were putting plans to launch an “independent” ASFL on hold.

This story has been amended to clarify that Dover's service is now included in advisers' monthly payment, and no longer $100 a week. 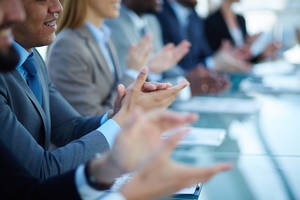