New research has found that small and medium-sized enterprises are struggling to grow due to a sea of unpaid invoices amounting to $76 billion.

According to the Invoice Market’s SME Cash Flow Crisis Report, Australian businesses are perpetually owed on average $38,000 each.

The outstanding bills are either “lost in the system”, “in dispute”, “being reviewed internally” or “being processed offshore”, the report states.

Because of this, more than a third of SMEs have to dip into their personal savings to manage their company cash flow, which impacts their ability to pay their housing and other living expenses.

If the problem can be fixed, up to half a million jobs could be created, bringing Australia’s unemployment rate down to nearly zero, the report states.

“Almost half a million small and medium-sized businesses say they would employ more people if they could improve their cash flow position, reducing Australia’s 715,000 unemployment queue to 200,000 people or fewer,” said The Invoice Market chief executive, Angus Sedgwick.

“That equates to an unemployment rate of about 1.5 per cent, or the lowest in the developed world.”

Mr Sedgwick added that contrary to popular belief, small businesses are actually the tardiest when it comes to paying their bills to other SMEs.

“While Australians are renowned for their laid-back attitude, some businesses [are] having to ask for payment up to five times over several months, indicating that a new culture of ‘corporate selfishness’ has developed across Australia.

“This means that Australian SMEs are prepared to break their word with suppliers to help their own business.” 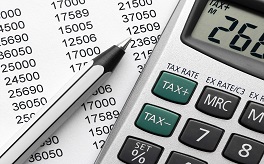