Wealth giants attempting to replace people with machines should do their research first. People don’t want financial advice from a robot.

I can see the value in robo-advice for a large organisation like a bank or super fund. It’s scalable, probably easy to push products through and doesn’t come with the emotional baggage that human beings do. You also don’t need to pay it a salary or commission.

But clients are emotional beings and money is an emotional subject. The irony in much of the robo-advice strategies being promised – that they can service the mass market client – is that the ‘mass market’ client is probably the one who most requires the services of another human being. Compassion and empathy are being undervalued here.

The advice industry is in a tough spot at the moment. The economics are still being figured out. How do you provide advice without receiving commissions?

The argument is that fees can only really be afforded by the wealthy, thereby reducing the accessibility of advice for poorer Australians. Robo-advice has been touted as the panacea. But do customers actually want it?

Most of the online survey participants (84 per cent) hadn’t even heard of robo-advice. In addition to its online survey, ASIC conducted group discussions and interviews with participants. Those who were not interested in getting digital advice (the majority) said that they preferred engaging face-to-face with a financial adviser in order to establish trust and rapport. Moreover, some were wary of providing their personal details online.

The really interesting part came from the discussions with those who expressed some interest in digital advice. ASIC said these people saw it as a potentially convenient, lower cost option: “Participants also thought that digital advice had the potential to improve access to advice – for example, for people living in rural or regional communities with limited access to financial advisers.”

These comments don’t give me an overwhelming feeling of support for robo-advice. Rather, they suggest that a cohort of open-minded Australians can see the value in something that is yet to be fully realised providing a service to a select group of people. Possibly a group they don’t even belong to.

There’s a big difference between Australians wanting to receive advice from a robot and them seeing potential in what it can do for people in rural communities.

Of course it is difficult to get a real picture of sentiment towards digital advice when only 1 per cent of Aussies have used it and 84 per cent haven’t heard of it. In this environment there is a danger that large institutions create a digital advice ‘solution’ that simply replaces their human sales force.

Personally, I can’t see financial advice being delivered by anyone other than a human being. I can see product being sold digitally under the guise of an ‘advice-led’ approach, however.

Financial advisers are probably the most suited to build a digital advice offering because they are the ones who have a relationship with their clients. But technology is hugely expensive, which is where the big institutions have the upper hand.

I do believe that a digital solution like robo-advice can work effectively. But it will require the collective input of institutions, financial advisers and their clients. Any deep-pocketed wealth player that fails to include advisers and their clients in the process will be at risk of selling people something they don’t want. In the current climate, companies just can’t afford to take that gamble anymore. 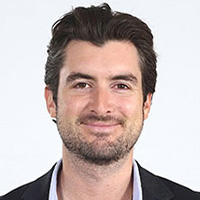 Last Updated: 02 September 2019 Published: 30 August 2019
regular-sections
23 commentsjoin the conversation
regular-sections
AMP will take your business and your home
Why won’t AMP advisers go on the record?