Watching the federal government implode is great fodder for satire, but it has far more serious implications for the wealth and wellbeing of all Australians.

It’s easy to keep a safe distance from Canberra when you’re living in the suburbs. But it’s in the nation’s capital where the major decisions are made that will impact all of us.

Don’t get me wrong, federal politics is an absolute circus; we’re about to have our fifth prime minister in as many years. It would be funny if these people were actually characters in a sitcom. Instead, they’re meant to be governing the country.

The leadership spill that has unravelled this week is playing into the hands of the opposition. While the future remains uncertain, there are good odds on a Labor government taking control.

This was flagged towards the end of last year by Westpac chief economist Bill Evans. I was present at a speech he gave in Sydney to a crowd of financial services intermediaries. Some of you may have been there.

Mr Evans said that moving into 2018, people will start to focus on Labor’s tax policies.

“I’m not sure which way it will go. Investors may think, ‘Well, the negative gearing changes are going to be grandfathered so I better get in now,’” he said.

“But watch out what happens when you get a change of government. The whole thing might roll over, or people could become more cautious, worry about retrospective changes in the rules, and things will flatten out as we get closer and closer to that election and a change in the policy environment.”

Labor has said that it will reform negative gearing and the capital tax discount in what it describes as a policy designed to help put “the Australian dream of home ownership back within the reach of middle and working-class families”.

Whatever your views on negative gearing, it’s safe to say that removing it will have a significant impact on housing, and by contagion, the wealth and wellbeing of your clients. Real estate is still the primary wealth generator for most Aussies.

This week I attended a roundtable breakfast event at Crestone Wealth, where Ellerston Capital portfolio manager and head of global macro Brett Gillespie warned that nobody is considering what a Labor government could mean for the Australian financial system.

“If you think about the fact that they are going to get rid of negative gearing on existing properties, that could be the game changer for the housing market here,” he said.

“I think it will be a very big impact on the housing market if Labor stops negative gearing, which is in their policy platform, so the banks will be very exposed.

“I don’t think you can talk about the Australian stock market at the moment, particularly the banks, without considering who will win the election and Labor is ahead in the poll at the moment. It’s a game changer for the whole equities space. It’s quite massive and no one is really talking about what will happen in the economy and in the equities space if a new government comes in.”

Mr Gillespie warned that “it’s not going to take much to tip this housing market over at the moment”.

He said: “The first trade will be ‘Oh my God, housing is in freefall’.”

Australians need their trusted advisers right now. They need sound financial planning and experienced professionals who can see beyond the Canberra fog and into the clear dawn of tomorrow.

People tend to panic during times of change, and wise decisions are never made in a panic. Whether you panic into an investment or out of one, the results are rarely pretty. 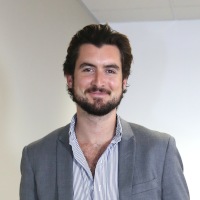