A misunderstanding relating to deductions for life insurance premiums is leading to unfortunate repercussions for SMSF clients, said a technical expert.

SMSF Alliance principal David Busoli explained that there is some misunderstanding around life insurance held in super.

Mr Busoli said a deduction for term life insurance is allowable, “irrespective of whether the premium is paid from an accumulation or a pension interest”.

“Clearly, this is irrelevant if the fund is totally in pension mode. However, where a portion of the fund is in accumulation, there is a tendency for administrators to wrongly assume that the premium must be debited against the accumulation account to obtain the tax deduction. This can have unfortunate repercussions,” he cautioned.

He explained that the ATO considers the source of the premium payment as indicative of the account to which the benefit is paid.

“If the accumulation account is intended to be the recipient of the proceeds, then processing the payment in this way is not a cause for concern,” he noted.

“If, however, it is intended that the proceeds be received by a reversionary pension beneficiary the payment should be debited against the pension account. There is a practical reason why this may be preferable.”

Mr Busoli said that a year after the date of death, the reversionary beneficiary’s transfer balance account is adjusted to reflect the death benefit pension.

“In addition, rather than the life insurance proceeds adding to the taxable component, which is the case if they are added to the accumulation account, they will take on the same pro rata tax components as the pension." 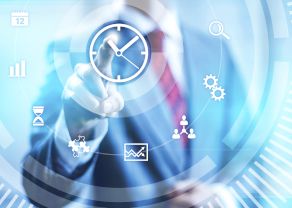