Insurers run by banks face some very serious problems and need to improve their claims handling.

In Australia, a large chunk of the life insurance industry is owned by banks, who have never really understood the life insurance business, and who have done their best to reduce this once proud industry to a limited selection of not very great product. It is now held in disdain by the public.

Life insurance might run for 30 or 40 years before a claim becomes apparent, but the bankers who pretend to manage some of the life insurance companies, operate on an “annual I want my bonus cycle”, and as a result anything that gets in the way of them receiving their bonus is dispensed with.

Recently, CommInsure started dumping staff – in this industry, a sure sign of distress.

To increase the returns on investment the bank owners have been cutting corners and emasculating the claim system, and it appears from the repetitive and increasingly constant media scrutiny are doing this to the detriment of their own business.

You see the bankers don’t understand that the public are really over getting screwed, and so customers don’t have to deal with particular life insurance companies if they don’t want to. Recently, after this week’s little adventure on ABC television for AMP Life Ltd, a new client decided that he did not want to be insured with AMP, because he felt that they would take his money but would not pay his claim.

It’s his money to pay the premium, and thus he was directed to the next insurer, which I’m sure will pay his claim. He thinks so also.

You see it is not good enough for a major company to say we are big blue or big yellow or big red, but you have to actually walk the walk, and if you can’t fix up your claim system and pay claims, notwithstanding your company is bleeding to death on the claims side of the ledger, then you shouldn’t be in the industry.

It’s a bit too late when the claims arrive and you don’t have any money.

It will be very, very unlikely that the government will bail any life insurer out. 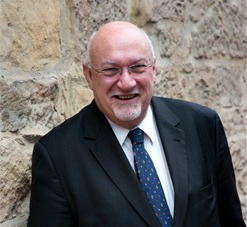