In risk insurance, most APLs are better described as “banned product lists” as they are nothing more than a convention adopted by AFSLs to control their advisers.

An AFSL’s banned product list says a lot about that AFSL.

There are at least 29 recognised insurers/re-insurers in Australia. The Australian Prudential Regulation Authority (APRA) lists them as follows:

Which is the best life insurer?

Who knows? Some of these insurers are no longer writing new business. Others are very small, operating in niches. Some only handle re-insurance. Some are better at some things, but not at others.

It’s impossible to say which is the best life insurer.

And it’s just as impossible to say which life insurer has the best insurance policies, particularly since no one knows the future, and the insurer’s attitude to, and capacity to pay, future policy claims is the most important consideration. The glossiest PDS, the lowest premiums and the highest commissions are not much good if your client ends up with a declined claim.

Each insurer is heavily regulated. Two regulators are involved – ASIC and APRA, each with a separate but sometimes overlapping jurisdiction, and a long list of specific and general legislation and regulations to administer. Add in actuaries, accountants and auditors, and it’s a heavily regulated industry.

All insurers are OK and most insurance products are OK too

Get a bunch of risk insurance advisers together and ask them which insurance product is best. It should be a simple answer, something like “this one because…”. But it’s not. The answer is always “it depends”, followed by a long list of variables which, in combination, mean every adviser has a different reason for believing a different product is best. At least for certain clients, today at least.

The answer will probably change tomorrow.

The bottom line, is all insurers are OK and most insurance products are OK too.

Why do so many AFSLs ban their advisers from recommending most insurance products?

Why do so many AFSLs say advisers can only recommend products from two or three insurers?

The answer is obvious – money.

Most AFSLs only allow advisers to recommend insurance products where they or a related party, such as a shareholder, benefit financially from the adviser’s product recommendation.

By way of example, an AFSL may accept a payment from an insurer of say, $200 per adviser a year for ‘education and training’ costs in return for ensuring the insurer is only one of say, three insurers on its APL.

The claim it’s an education and training payment, and not an APL placement payment, does not wash.

Education and training costs would be incurred by the AFSL anyway. The payment’s effect on net cash flow and profit is exactly the same, whether called a ‘training subsidy’ or an ‘APL bribe’.

By way of further example, sometimes the AFSL itself does not profit, but a related party such as a shareholder does profit. That shareholder is also the product manufacturer, i.e. a bank or a life office and it wins financially every time an adviser recommends its products.

Often, this a virtually mandatory mandate, lip service is paid to one or two other insurers’ products, but if the rebel adviser wants to recommend that other insurer’s products, it means days and days of extra paper work for a one-off client specific limited consent from head office.

It’s a one insurer AFSL, even though it pretends otherwise.

Banned products and the Corporations Act

Both the above examples involve serious breaches of the Corporations Act. There are at least three clear breaches by the adviser:

If the AFSL has deliberately set things up this way, and it almost certainly has, the AFSL is breaching section 912A, which is the general section requiring it to run an effective and efficient AFSL.

The AFSL is also breaching section 961L, which requires reasonable steps to ensure advisers comply with the above three duties.

But it’s not on the APL, you say

There is nothing magical about an APL. They are not required by the law or by ASIC. The phrase ‘approved product list’ cannot be found in the Corporations Act, and it does not excuse otherwise non-compliant behaviour.

It’s no defence to say, “But my AFSL did not have the better policy on its APL”. That’s the offence, not a defence.

Most APLs are nothing more than a convention adopted by AFSLs to control their advisers and, in the context of risk insurance, are better described as ‘banned product lists’. They are, by omission, a list of products (usually most products) the adviser cannot recommend.

‘APL’ is a massively misleading misnomer. ‘BPL’ is a much better tag. 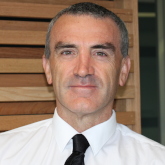