The benefits of mutual insurance for the life sector

While politicians in Australia wrestle with ways to resolve public dissatisfaction with vertically integrated financial providers, it’s opportune that a ‘return to the future’ of mutual insurance might help to restore much-needed certainty, trust and long-term confidence in the life insurance sector.

The Australian public and federal Parliament are demanding higher standards of commercial conduct and greater ethics from financial services companies. And a series of rolling inquiries and formal recommendations has kept the risk insurance industry in a state of reactive turmoil.

This lively backdrop set the scene in 2016 for the re-emergence of the mutual insurance model in Australia.

Our Australian launch of PPS Mutual was only the beginning, but it was part of a global growth trend for mutual insurance offerings. Part of this growth derives from consumers seeking out aligned interests with their insurer, a rare commodity in Australia that mutual insurers undoubtedly deliver.

Why? The primary reason, broadly speaking, is that mutual insurers are owned by their policyholders, not shareholders. That’s a crucial distinction. Mutuals share profits with their members and look after their interests first by providing products that cater to their needs, rather than selling products with profit in mind.

Moreover, any profits earned by a mutual insurance company are distributed to policyholders in the form of lower premiums or profit distributions. This structure, rather than public ownership, encourages mutuals to make decisions that deliver long-term benefits to their members rather than short-term gains.

In addition, mutuality delivers a strong foundation on which to offer life insurance products because of the long-term nature of policy coverage.

That contrasts to stock insurance companies, which are owned by shareholders.

Any profits are directed back to shareholders, without necessarily benefiting policyholders.

Market forces such as a falling share price or narrowing interest-rate margins encourage decision-making that delivers short-term benefits to shareholders over the longer-term needs of policyholders.

An examination of the life insurance landscape at home confirms this. Vertically integrated financial services companies are struggling to buoy their share prices and the low interest rate environment is making this harder.

Recent reports in the media have highlighted on a large scale just how much work is needed to restore the public’s trust and confidence in the life insurance sector, and in the banking and financial services structural ‘ecosystems’ more broadly.

Since the federal election, Opposition Leader Bill Shorten has been calling for a royal commission into the big four banks. This has been resisted by Prime Minister Malcolm Turnbull on the basis that the financial services sector is currently undergoing substantial reforms resulting from a plethora of reviews – no fewer than 15 over the past decade – as well as the significant costs involved (circa $200 million).

Questions have been levelled not only at the culture of organisational management, but at the very structure of so-called vertical integration. The implication is that shareholders’ interests trump all others, including the interests of product consumers and policyholders.

While large insurers play a valuable role in the community, scandals surrounding the provision of conflicted advice and the denial of claims highlight the tensions inherent in stock insurers resulting from the misalignment of interests and the short-term pressures that come with being listed on the stock market. These factors, if not managed carefully, have the potential to drive behaviours that have an adverse ‘down the line’ impact on policyholders.

For me, the core issue gets down to this, stock companies have two immutable masters – the shareholder and the customer. The shareholder almost always come first.

On the other hand, mutuals answer to just one master – the policyholder. And they always come first.

“Although the inquiry considers competition is generally adequate, the high concentration and increasing vertical integration in some parts of the Australian financial system has the potential to limit the benefits of competition in the future and should be proactively monitored over time.”

Mutuals emerging as a force

Despite this regulatory scrutiny, the level of interest in the Australian life insurance industry is at its highest in decades, with three significant corporate transactions recently. First was the acquisition of TOWER Australia by Dai-Ichi Life in 2011 (rebranded TAL). National Australia Bank sold 80 per cent of its life insurance business MLC to Nippon Life. And Macquarie Life has sold its book to Zurich.

PPS Mutual too is an emerging operator. In association with the 75-year old PPS in South Africa, PPS Mutual is strongly differentiated by its focus on professionals and its partnerships with high-quality independent financial advisers. We’re bringing Australian professionals the chance to benefit from a radical reappraisal of how insurance can work.

From the outset, PPS Mutual was deliberately designed as an Australian-owned and operated entity, for Australian members. This was to ensure that the benefits of mutuality – in particular members sharing the profit – will benefit Australian members, rather than profits being funnelled offshore.

PPS Mutual’s insurance products are designed specifically to meet the protection needs of its professional members who benefit directly from sharing in the profit of the insurance that they buy. Our focus on professionals such as doctors, lawyers, engineers and accountants who have more consistent income streams and relatively conservative risk profiles leads to better policyholder retention and more profit for members.

Each year, PPS Mutual members are assigned a share of the annual profit generated by the insurer. After 10 years’ membership, policyholders can start to withdraw this money from their profit share account. PPS in South Africa has in the past 10 years allocated $2.2 billion in profit share to its members. This is a proven mutual model that has been very successful building profits through the retail life risk insurance sector.

In contrast, for most life insurance companies, these profits would be assigned to shareholders.

According to the most recent statistics from the International Cooperative and Mutual Insurance Federation (ICMIF) contained in its Global Mutual Market Share report, the market share for mutual and co-operative insurers globally grew from 23.7 per cent in 2007 to 27 per cent in 2015. This highlights the strength of the sector during one of the most turbulent times in economic history, the global financial crisis (GFC).

Aggregate premiums written by mutual and cooperative insurers was US$1.2 trillion in 2015. With almost one billion members globally, the industry is punching above its weight in terms of growth.

The important point is that mutual and co-operative insurers are in it for the long haul. Some of the world’s biggest and most successful insurance companies operate on a mutual model. The world’s 500 largest mutual/co-operative insurers have been writing business for, on average, 93 years each, according to the eighth edition of ICMIF’s annual Global 500 report.

The findings of ICMIF’s research reinforce the position that mutual and co-operative insurers provide sustainability, solidarity and reliability. It’s time for Australian professionals to benefit from the reliability and transparency that PPS Mutual can offer by putting members’ interests first.

The benefits of mutual insurance for the life sector 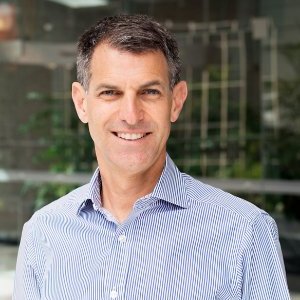