As the Life Insurance Framework changes take effect from next year and advisers continue to fret about the impending fall in risk insurance commissions, the concept of target fixation can be used positively in steering their practices towards safety.

If you drive a car or a motorbike you may be familiar with the concept of ‘target fixation’. Target fixation is where a driver becomes so worried about hitting an object that they actually drive towards that object. Researchers have discovered that when a vehicle is ‘out of control’, the driver’s natural instinct is to look at the object they are most worried about hitting. As it turns out, vehicles are often under more control than the driver realises, and people often steer towards the thing they are looking at. Put simply, drivers see an obstacle, tell themselves not to hit it – and then often do!

It seems that roadblocks like over-regulation and the move away from commissions loom large in many advisers’ windscreens. I worry about what this means for their steering.

The good news from the accident researchers is that target fixation can be used positively. Drivers can learn to focus on where they do want their vehicle to go if the vehicle spins ‘out of control’. Looking towards safety makes you more likely to get there.

On 1 January next year, risk insurance commissions will start to fall. This comes just a few years after commissions on investment products were banned entirely. In a relatively short space of time, the world of financial advising has changed substantially. Many advisers feel like things are out of their control. It is not hard to see things that we might crash into.

It’s time for some positive target fixation. Undoubtedly, advisers who depend on commissions need to change. When the LIF reforms have been fully implemented, we estimate that overall commission income will have dropped by as much as 40 per cent for a given level of premiums. Simply restoring lost income means either increasing total premiums (and thus commissions) written by 66 per cent or (more realistically) finding new ways to charge clients under a fee-for-service model.

Fee-for-service is new for some people but not for everybody. The good news is that many advisers run successful practices using a fee-for-service model. In March this year, Dover ran the first of our training days for 2017 in each capital city. Each event included a fee-for-service adviser from within the Dover family presenting to their peers. They gave us a wonderful series of presentations about their practice niches, which extended from charging clients decent fees for cash flow management to assisting clients when claiming from reluctant life insurers.

Two presenters reminded me particularly of positive target fixation. Both have developed a clear vision of where they want their practice to go and happily report that they have safely steered between the obstacles. Rom Gadaoni is a Melbourne-based adviser whose practice only commenced in late 2016. By March, he had taken on more than 30 paying clients. His presentation detailed his commitment to solving actual client problems. For example, many of his clients are immigrants – common in Melbourne, where 40 per cent of residents were born somewhere else.

These clients often need to send money ‘home’ to support loved ones, with at least US$7 billion being sent out of Australia last year for just that purpose. International transfers can be expensive, especially if the sender uses the wrong channel for the transfer. So, Rom makes showing his clients how to send money more efficiently his first priority.

Rhiannon Robinson is another Melbourne-based adviser. Her practice, Finance Women, aims specifically to assist women. Her case study focused on the development of her own comprehensive marketing plan (one that included every aspect of her practice, not just promotion). She has expanded the traditional financial planning offering to include coaching and education sessions to meet specific needs and concerns of her particular chosen client segment. She finds these educational seminars are a valuable service offering in and of themselves, as well as a great ‘taster’ for comprehensive advice.

The striking aspect was how purposeful Rhiannon is about everything she does, which she attributes to being both a professional adviser and the mother of three primary school aged children. The opportunity cost of her time is substantial. There is simply no time to waste. Focus is essential.

Rom and Rhiannon share a clear idea of what success in their practice looks like. They have a positive target to steer towards and spend no time at all staring at the ‘dangers’ that seem to dominate the thoughts of so many of their peers. They accept the reality of legislative (and technological) changes and work with them. And they prove that things are never entirely out of our control.

Adrian McMaster is the training manager at Dover Financial Advisers 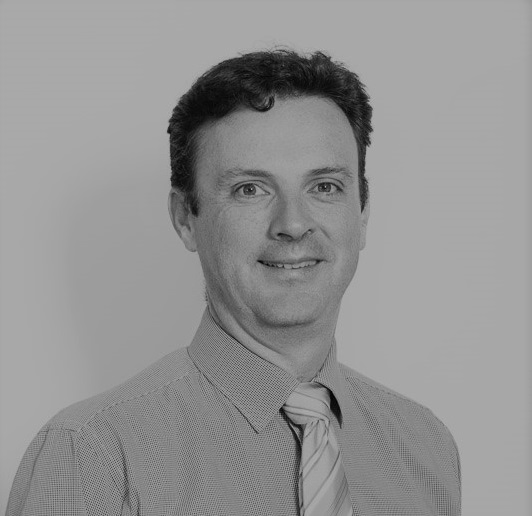