A lot of key lessons can be learned from the British royal family when it comes to the art of succession planning for financial advisers and their firms.

There’s much to learn about business from a quality Netflix series.

The Crown, Netflix’s popular TV series that examines the life of Queen Elizabeth II is no exception.

Why? Because the British royals obviously spend a great deal of time thinking about succession plans.

Just like any successful business, one of the world’s grandest and longest-standing entities, offer valuable insights into the art of clever succession planning. In fact, not only do they document the process well (i.e. it’s in the constitution), they select, rank and train potential successors at a very early stage in readiness for a seamless transition.

Small businesses, and financial planning firms, however, are not as prepared.

According to Forbes magazine in the US, only 30 per cent of financial advisory firms have succession plans and many of those plans are of dubious quality. One Australian survey, conducted by Bentleys South Australia in 2016, suggested that just 19 per cent of SMEs have an exit strategy. According to the Business Health white paper conducted in 2015, only 39 per cent of financial practices have a clearly documented succession plan or buy/sell agreement.

Here are some quick tips on the art of successful succession planning.

The royal family certainly know how to plan early. They have far more than an heir and a spare. In fact, they have over 50 succession choices.

And it serves them well in dramatic times. When the royal succession dilemma occurred in the form of King Edward VIII’s abdication in 1936 to race off with the twice-divorced American Wallis Simpson, his brother Albert knew he was next in line to step up with short notice and became King George VI.

Albert was the successor waiting in the wings, suitably trained and ready to go. Without solid planning, the whole thing could have been a catastrophe.

Business succession planning is no different.

It’s not an overnight process. It can take months or even years to plan for, and carry out, a transition to a new owner and multi-year transitional earn-outs are very common.

Make sure you map out clear timelines for the transition period and design release of equity provisions over a number of years instead of selling the practice in one hit.

Is your practice invaluable to your top clients?

The Rubik Wealth/Business Health Future Ready VI white paper revealed that when it comes to financial planners in Australia:

Part of the succession handover process will require time, thought and effort to re-engage with inactive clients and review the value of each client to the practice. Making sure that you’re not the only person with the strong client connection is an important consideration.

You may also want to work with the incoming principal to review the business and ensure you both share the same vision and philosophy about corporate culture and managing your client base.

This can be a delicate process, particularly if clients are attached to the former business owner so it’s important to take stock of your clients as soon as possible.

Lift the bonnet on the business

Even the British monarchy has to ensure that the next generation of royals know the ins and outs of palace life and protocol, including the challenges it brings. Drawing back the curtains is essential if the next in line is to take over with authority and insight.

According to Peloton Partners’ principal Michael Harrison, it can often be hard to get successful business owners to lift the bonnet on their business.

“They don’t want to expose the weaknesses they know are in their business, but it is the only way to measure the key metrics that affect the value of the business and how they can secure and enhance its value,” Mr Harrison said.

“These are the conversations younger planners want to have. They want to know about legacy issues and clients and how they are being addressed by technology, social media, back office and business systems.”

Transparency and open communication will stand you in good stead for a smooth transition to the new business owners.

You may have spent a lifetime building your database of clients, and a bad transition could potentially ruin much of your hard work and goodwill.

In the US, 59 per cent of advisers planning to retire within five years have no idea who will buy their books and even advisers who don’t plan to retire by 65 intend to offload 60% per cent of their clients by that age. In Australia, only 50 per cent of firms who have a succession plan have identified an agreed successor.

Choosing the right successor and transitioning your client books is one of the key factors in a smooth succession.

Even with the royal family, you can see a gradual changing of the guard taking place as part of the inevitable transition to a new monarch.

The younger royals, Prince William, Kate and Prince Harry, have recently been sent on foreign duty for occasions such as the Diamond Jubilee and are assuming more of a public role as they grow older, as are Prince Charles and Camilla.

Identify potential successors with similar values and skill sets (would the British Parliament and queen allow just anyone to take over the throne?). The perfect candidate may be an internal team member – such as staff or co-owners – or even an external supplier or competitor.

A well-thought out transition process helps to keep your brand intact and allows more junior staff to work on key client relationships.

When King George VI suddenly died, the plight of the monarchy could have been thrown into complete turmoil had his daughter, Elizabeth II, not been prepared to assume the role of queen at the tender age of 25.

And she didn’t simply step into the role blind. Years of training and preparation helped her move into the position and assume the helm. There’s a scene in The Crown where a young Elizabeth is being schooled in the finer details of the constitution and even Prime Minister Winston Churchill takes on a pseudo-training role when she assumes the crown.

The information she required to rule as queen was not only in the minds of her mother and father, it had been handed down as part of the transition process very early on.

The succession plan was also well documented in the British constitution and parliamentary statute, which acts like a ‘board’ that makes fair decisions about succession problems if and when required.

The same needs to happen with your client data. There’s no use handing over your practice if no one knows what you know.

Skilled succession planning allows you to enhance the continuity of your business and maximise the sale price.

If you can focus on a solid transition with a strong client focus and articulate your firm’s service proposition, the practice will be far more valuable and attractive to buyers and you’ll have happier staff too. 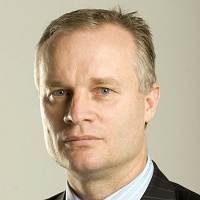