ASIC populism is dangerous and unsustainable

ASIC’s proposed consumer report card will change the drivers of insurance decisions from accuracy to popularity and could lead to potentially disastrous outcomes.

It’s not hard to read the ASIC playbook these days. Look mean and tough on an industry, shake out some nasty-sounding statistics and your political masters get snookered into giving you more ‘enforcement’ dollars. And now that the banks have been lined up for special attention, guess who’s next?

In 2016, ASIC subjected 15 life insurers to an audit of three years of operations. It did so on the basis of a media frenzy that saw CommInsure’s reputation trashed by distressing anecdotes and a medical whistleblower. The 120-page report released in October 2016 found, in summary, nothing. No illegal activity, no evidence to support the whistleblowing and even perfectly legitimate reasons why some medical definitions were outdated; the policies were old. It even reported that outdated definitions weren’t even a major basis for dispute.

The exhaustive ASIC review found that life insurers paid 90 per cent of claims. While this impressive figure should have drawn a line under the need for further remedies, in its search for relevance, ASIC has now doubled up, spending more money, and its reputation, on a pointless and potentially dangerous exercise. The proposed remedy, announced by ASIC recently, is an ill-conceived consumer report card.

ASIC’s obsessive focus on decontextualised statistics is the undoing of its credibility. What should the declinature rate be? Is the rate too low or too high? If insurers are paying out more claims than they should, what is ASIC’s duty to shareholders? Should the number of complaints be published or just the ones where they have found to be justified? And how are consumers to make sense of it all?

While it is perfectly appropriate for regulators to monitor the life industry, they make no mention of the potential consequences of their costly meddling. What ASIC has done, is to change the drivers of insurance decisions from accuracy to popularity, inviting disastrous outcomes.

With a consumer-focused table of metrics, it is not difficult to imagine how those metrics will influence a number of decisions. Insurers will understand that the lowest declinature and complaint rates will be most popular with consumers. With the potential to impact new business, executives in every insurance company will be devising strategies to focus on performing well in those tables. The most obvious way to achieve those outcomes is to pay more claims. The only parties who could complain about that outcome are the shareholders, and their views won’t make it into the table.

For consumers, it is the veritable jackpot. Every punter will walk away with a happy result. The mere threat of a complaint will reflexively open access to the insurer’s bank accounts. Insurers would be wise to replace their claims’ departments with an enlarged accounts payable service. This too could have a certain sort of appeal to insurers who don’t really want that unnecessary overhead of employing people to carefully do due diligence on multimillion-dollar claims. Of course, it will only advantage those consumers who wish to claim, the rest will be subsidising the giveaway bonanza with escalating premiums. The promiscuous payouts could go on forever, but then again, it’s doubtful that it would be sustainable.

Disability insurance premiums continue to rise. With ASIC’s new initiatives, it is foreseeable that it will be a giant nudge towards market unsustainability. At no stage did ASIC uncover any evidence after in-depth reviews to justify any new initiatives with the life industry. In publishing declinature and complaint rates as metrics of consumer relevance, ASIC is effectively pressuring insurers to pay more claims. It can only be assumed that ASIC has little regard for shareholders or a viable private disability insurance market.

Ultimately, what each of the parties wants is a fair and sustainable industry. Regulators have found ample evidence of a market acting with high levels of integrity, yet that doesn’t seem to have slowed the pace of costly, ill-conceived, populist initiatives that are bound to fail. Maybe it’s time for an ASIC report card.

Doron Samuell is director of Professional Opinions. This article was originally published in The Australian Financial Review.

ASIC populism is dangerous and unsustainable 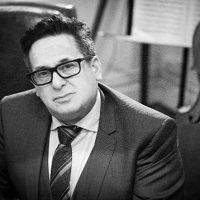