As more insurance industry players begin to engage with insurtech, it is important for life insurance professionals to be aware of some of the trends that are changing the industry.

Fintech is big business, estimated to be worth nearly US$25 billion globally in 2016. And just as technology has impacted finance, it now looks set to have similar influence on the insurance market. Welcome to insurtech.

A few years from now, our sector will look quite different. More new businesses are positioning themselves as challengers, with US$1.7 billion of investment going into insurtech start-ups last year alone. This is happening on a global level, with firms such as Friendsurance in Germany, PeerCover in New Zealand and Oscar healthcare in the US changing the game.

This niche for start-ups has appeared because the established insurance industry has been slow to catch on. It is partly due to reliance on legacy systems that are difficult to change overnight. But more than that, a recent industry digitalisation survey found that three-quarters of respondents feel the sector is reluctant to show leadership in digital innovation. When asked whether they had a dedicated chief digital officer, one-third of life insurance professionals not only answered no, but said they weren’t even considering it.

Still, there is a flicker of recognition. According to PwC, nine in 10 insurers fear losing part of their business to insurtech firms, and more than two-thirds of insurance industry players are now engaging with insurtech in some way.

With that in mind, let’s look at some of the trends that are starting to change the insurance industry.

As technology progresses, the way we buy insurance evolves as well. Big data – the ever-increasing amount of digital information collected about our behaviours and habits – is having a major impact. It’s helping firms to analyse trends and make predictions, allowing them to personalise services and, in the future, provide real-time pricing.

Buying insurance is a time-consuming and frustrating process for the consumer, and the use of big data is helping streamline it. Companies like Brolly in the UK are starting to unleash artificial intelligence to help identify gaps in customers’ insurance, while helping them to avoid buying what they don’t need.

According to KMPG, 2017 will be the year that existing providers really start to catch up, investing to capture more data and to engage meaningfully with insurtech firms.

Ever since comparison sites came along, making it easier for customers to shop around, there’s been a growing sense of insurance being ‘commoditised’ – something to be bought off the peg, rather than assessed and built. Through online aggregators, consumers can compare insurance deals easily and quickly, though with less in-depth understanding of what they’re buying.

This year, Accenture surveyed nearly 33,000 insurance customers in 18 markets and found that competitive pricing is the biggest driver of loyalty in both motor and home insurance. It’s become a race to the bottom as consumers put price first, while quality and suitability suffer.

The way to break out of this mindset is through differentiation. The Accenture survey found that 56 per cent of customers would like personalised advice on reducing the risk of loss or injury, 80 per cent would value notifications to family in a health emergency, while 64 per cent of motor insurance customers would be interested in notifications when they enter accident black spots. Certainly, there seems to be appetite for the kind of innovations that insurtech could bring, providing a big opportunity for providers.

By 2025, approximately 75 per cent of the global workforce will be from Generations X and Y – people born between 1980 and 2010. These generations look at their experiences holistically and expect their digital and offline worlds to be seamlessly integrated. It’s perhaps unsurprising then that one-third of this demographic group expects to buy their insurance from technology companies such as Google.

Accenture too found that the most opportunistic customers in this group – who they labelled ‘nomads’ – are not tied to traditional providers and are happy to use Amazon or Google for financial services. These customers value digital innovation and want new ways of accessing services and advice. For example, many are receptive to peer-to-peer insurance, based on customer pools organised around personal or professional groupings. Accenture found that 55 per cent of nomads would consider this approach for life insurance, 38 per cent for motor insurance and 32 per cent for household insurance.

The technology now exists to make personalisation a reality, and people are actively seeking it. Take ‘pay as you go’ insurance as an example, built around specific usage rather than fixed periods, Accenture found almost half of the nomads group were interested in cover for temporary needs, and that 82 per cent of them would be interested in adjustments to motor insurance based on usage.

In other words, there’s less room now for what’s known in the investment industry as the ‘set and forget’ approach. The new generations of consumer want living, breathing insurance provision that can respond to their needs.

Rising to the challenge of growing cybercrime isn’t a trend. It’s a necessity, engendered by a moving target. Being reactive won’t be good enough, for either consumers or insurers. A 2015 report from the Insurance Information Institute noted that protection against cybercrime will be one of the biggest areas of growth in coming years.

Health insurance records are one of the most vulnerable areas. In 2015, a major data breach at health insurer Anthem compromised the private records of more than 78 million customers. In the same year, according to the US Department of Health and Human Services, hackers found their way into more than 100 million health records. In terms of cost, cyber security stalwarts McAfee and CSIS put the annual cost of cyber insurance at US$445 billion.

These huge numbers and the growing cyber security threat are another reason for insurance providers to move with the times.

Reaching critical mass and beyond

Perhaps it’s artificial to look at these trends separately. They’re more an unrelenting forward march of a brave new interconnected world, an ‘omnichannel’, which will see the synchronisation of data across multiple connected devices.

Some insurers are already investing in this approach. But not everyone. Of the two-thirds of insurers that PwC observed engaging with insurtech firms, only 43 per cent claim they have it at the heart of their corporate strategies.

Yet, these developments are changes to embrace, not advances to fear. They create opportunity for providers to differentiate and to add value by building more personalised services. As is the case across the fintech sector, collaborating with insurtech will surely pay better dividends than competing with it. 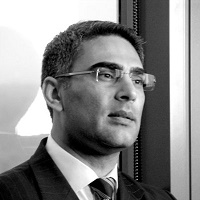