Despite the best efforts of the regulatory authorities to improve life insurance claims transparency, the data being requested will barely shed any light on which insurers are performing better or worse.

In all the excitement around the federal budget, it would have been easy to miss the release this week of a discussion paper prepared jointly by the Australian Prudential Regulation Authority (APRA) and the Australian Securities and Investment Commission (ASIC) titled Towards a transparent public reporting regime for life insurance claims information.

Both APRA and ASIC have been paying close attention to the way insurers are handling claims, following some high-profile cases that hit the media last year. With this latest discussion paper, the industry’s two main regulators are teaming up, with the aim of increasing transparency of claims outcomes among insurers, and consistency in how claims outcomes are measured. Specifically, the regulators intend for insurers’ claims data to be published “at a sufficient level of granularity to allow for meaningful comparisons of insurer performance”.

As far as consistency is concerned, the discussion paper is a clear a win for the industry. In fact, possibly the most valuable part of the discussion paper is the list of definitions that accompanies it. As I wrote earlier this year when the FSC released its group insurance data standards, if you were to ask three different insurers how to calculate the end-to-end cycle time of a claim, you might end up with four different answers. Now that a single calculation methodology has been given the imprimatur of the industry regulator, there is a good chance that consumers, financial advisers and superannuation funds will finally be able to compare apples with apples.

End-to-end claims processing cycle times are a hotly-contested battlefield in the group insurance market, much more so than rates of claims declines and disputes. This is because, unlike declines and disputes, cycle times measure the member experience of every member who lodges a claim, not just the complex or contentious cases. Fast end-to-end cycle times indicate that the insurer has an efficient back office, capable claims assessors and up-to-date technology, making them a valuable leading indicator of future performance, not just a lagging indicator of past performance.

As a consultant who makes a living doing, among other things, benchmarking analyses to compare the performance of different insurers, consistent data coming from insurers will certainly make life easier. Unfortunately, from a transparency perspective, the new data capture regime is unlikely to deliver a lot of value, because the actual data being requested by APRA will barely shed a single photon of light on which insurers are performing better or worse.

The data template created by APRA asks insurers to provide the number of death, terminal illness and TPD claims processed in “zero to six months”, yet in today’s group insurance market, nearly all the insurers are comfortably achieving average cycle times for TPD claims of less than five months, and leading insurers are assessing over 90 per cent of death and terminal illness claims within weeks. If the objective is to allow consumers to meaningfully compare different insurers, the data should differentiate between an insurer that assesses 90 per cent of death claims within 100 business days and an insurer that assess 90 per cent of death claims within 10 business days, but the proposed template won’t do this.

Likewise, for income protection claims, the data template asks for the number of claims assessed in “zero to two months”, whereas most leading insurers are achieving average cycle times of less than a month. These insurers could literally double their average end-to-end cycle times without it impacting the numbers they report to APRA.

This is good news for consultants, who will be left with a large role to play in collecting data to benchmark insurers, but it is bad news for the industry because it will leave consumers in the dark. Furthermore, it could lead the media to place even greater focus on decline rates as a measure of insurers’ performance, putting even greater pressure on insurers to pay ineligible claims which would lead to higher premium rates for everyone.

Our regulators should be commended for taking the lead to increase consistency and transparency in the life insurance market. This discussion paper is just the first step in what the regulators acknowledge will be an iterative process. Let’s hope that future iterations will bring greater transparency to allow more informed decisions by consumers.

Ruth Keaney is a partner of insurance, claims and underwriting for Sequential 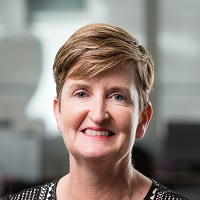