The Reserve Bank of Australia believes there are increasing challenges within the life insurance industry despite the sector remaining well-capitalised.

According to the RBA’s Financial Stability Review, life insurers’ profits fell markedly in 2016 and overall return on equity dropped to its lowest level since the global financial crisis (see below).

“The recent weakness in life insurers’ profits was driven largely by a fall in individual total and permanent disability profits and ongoing losses on individual disability income insurance,” the report said.

“Underlying this deterioration has been an increase in claims that insurers now assess to be permanent, compounded by longstanding deficiencies in pricing, provisioning and claims processes.”

The RBA added that the structural weaknesses were highlighted last year by APRA in its stress test on domestic life insurers and from some of the matters considered by the parliamentary inquiry into the life insurance industry announced in September last year.

The APRA stress test was based around a hypothetical scenario where a downturn in the Chinese economy leads to a decline in global growth and a recession in Australia, with GDP falling by 5 per cent and unemployment increasing to 14 per cent.

In this scenario, insurers experienced significant losses and a material decline in their capital, but capital returned to near pre-stress positions once insurers factored in particular mitigation strategies including repricing, a reduction or suspension of dividends and capital injections, APRA said. 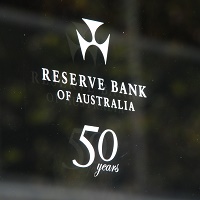