No silver bullet for life insurers

Reputation can be a fickle master in business. For life insurance brands, the recent downturn in the industry’s overall reputational credit has brought this sobering reality into sharp refrain.

One minute you are riding a crest of high moral authority based on the ‘noble cause’ of protecting the lives and livelihoods of Australians.

The next you are squeezed on uncomfortable seats in a brightly-lit room with your industry peers listening to speaker after speaker ruminate on big problems like the ‘trust deficit’ facing insurers, but offering few solutions to fixing its root cause.

Such was the day I spent last week in Sydney at the Financial Services Council’s annual risk insurance gab fest.

Aside from the intelligently comic relief of futurist Mike Walsh, the day was a largely turgid affair. (Why is it that all ‘futurists’ are men with long hair? Another of the great mysteries of the industry conference market).

Mike, complete with all-black attire and a spooky sci-fi sound track, delved into the industry’s future through wry and witty insights about looming artificial intelligence, algorithmic leadership technologies and the digital tsunami that will swamp any remaining old-school dinosaurs and tie wearing actuaries.

Poor actuaries. And the lawyers. I am sure I heard it mentioned somewhere during the day, that the industry would not be in this giant pickle of horribly complex, costly products and rapidly receding reputation were it not for the actuaries and the lawyers conspiring over the years to conceive their lengthy, legalese underwriting documents and impossibly dense insurance contracts.

The problem is that the room full of people who turned up to hear and solve the problems appeared to be either lawyers or long-suffering actuaries. Which might explain the sound of crickets chirruping when it came to question time. Yes, a few well-meaning marketers made a solid point. We need to start now to reverse the trend of complexity, restore consumer trust and fight the good fight of paying legitimate claims.

But that was it. Everyone, including me, was waiting to hear some well-considered thoughts on resolving the major issues. And it never really came. The panel (again, more lawyers) discussing ASIC’s life code of practice ventured into unexpected turf suggesting we need to act with love, and that the implementation of the code should not be ‘half-arsed’. At least there is language there that the average Aussie can understand.

The point is, if the industry were looking to resolve the trust deficit and turn around its failing reputation, there is no silver bullet.

It takes hard work. And it begins with being a worthy adversary in the discussion. Just as the financial planners went from rogues to professionals, the fight is a combination punch of structural reform with overt communication. The communication needs not to defend the old ground, but carve out a new paradigm and bring the market along to that place.

The old place is now overrun with investigative journalists, fee-hungry lawyers and, yes, the occasional actuary hanging on to the certainty of the good old days of tied distribution and analogue telephones.

Bruce Madden is founder and director of Financial Media Services

No silver bullet for life insurers 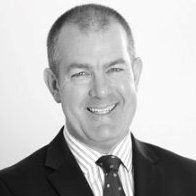