The real cause of the underinsurance misery

The inherent flaws of direct and group insurance will exacerbate the problem of underinsurance and leave many Australian clients without appropriate levels of cover.

Have you ever been in a room, heavy with grief, with the family members of a suddenly-deceased or disabled loved one, trying to explain why their direct or group insurers are refusing to pay up?

Too many times in my career I have been asked to help a family tackle direct/group insurers who have denied or avoided insurance claims. Imagine the family’s surprise when I tell them that in most cases they would have had more options, more cover, more benefits, paid less or had higher super balances, with a better than 90 per cent chance of getting their claims paid and received qualified financial advice, had they obtained their insurance through a financial adviser.

This is called the ‘underinsurance problem’. We are talking about life insurance (life, trauma, TPD and income protection). It has been estimated that 70 per cent of eligible Australians are either uninsured or underinsured. One of the saddest parts of this chronic underinsurance issue is that many people who think they have adequate cover aren’t even aware that they are actually relying on dangerously low levels of cover on average in super to protect them or their families if they suffer an insurable event.

These low levels of insurance cover are not only drastically insufficient, they can easily cost 25 to 45 per cent more than retail insurance that have higher levels of cover. Moreover, the high cost of group insurance in super, in many cases, erodes people’s super balances. Sometimes, the super balances are withered down to zero due to ridiculously high premiums that have increased over time with age, for very little cover, leaving people with nothing to retire on, yet insurers attain bloated profits. The situation is completely unacceptable and should not be allowed to continue.

Worse still, the low levels of cover, usually around $250,000-$300,000, are not even enough to clear the average mortgage, let alone support a family faced with years without a primary breadwinner. A million dollars of life insurance cover is probably about that average minimum requirement nowadays. For a person under 40 who is a non-smoker, $1 million worth of life cover can cost around $80 per month, whereas in super it can be higher than $150 per month. Group polices in super, like direct policies, are only underwritten at time of claim and generally have low levels of cover. The client doesn’t own the policy (which can mean the super trustees can decide whether a claim is to be paid), beneficiaries can be taxed significantly on any claim payout and there is a less likelihood of a claim being paid when compared to retail insurance. If all this wasn’t bad enough, many group insurances have ‘profit share’ arrangements, meaning that the super fund managers receive an extra bonus payment from the insurers if the number of claims paid is reduced compared to a forecast.

Direct or group insurance policies that are underwritten only at the time of claim leave the consumer vulnerable to having their claims denied or their policies avoided. This shouldn’t be allowed. Direct and group insurance need to measure up to community expectations by ensuring all underwriting is undertaken at the commencement of a policy agreement. One industry organisation’s CEO recently said, “Underwriting after a death or illness occurs is unconscionable.” The CEO continued, “Imagine the grief of a spouse who discovers that after paying life insurance premiums for months or years, a claim will not pay out on the death of their spouse – and never would have been paid out.” Underwriting needs to happen at the time of policy application, not at the time of claim.

Senator John Williams, speaking at the recent parliamentary inquiry into the behaviour of insurance companies, said, “With direct insurance, you may go off to bed at night thinking, ‘I’ve done the insurance policy. I’ve paid the premium. I’m safe. If I get bumped off or I get crippled, the wife and the kids are safe.’ The next thing is that they go back to the underwriting at the claiming time and you have not got a thing.”

You can see why many people mistakenly rely on their insurance policies in super to bail them out if things go wrong. Australians are highly underinsured when compared to other developed nations, even some of the less wealthy countries in Europe. A survey of Australian families found that a massive 95 per cent of families don’t have adequate insurance. One in five families will be impacted by the death of a parent, serious accident or illness that leaves them unable to work. The typical family will lose 50 per cent or more of their income after a serious illness, injury or loss of a parent due to underinsurance.

I am often shocked by the hypocrisy of certain superannuation-fund organisation members who rail against financial planners over insurance, when what is happening in group insurance is bordering on the unethical.

The facts are that obtaining insurance through a financial adviser has the best chance of meeting the client’s needs. Having the appropriate lever of cover, the policy on average will cost less, is underwritten at the time of application, the consumer will own the policy, there is the highest possibility of having a claim paid and the beneficiaries won’t ordinarily pay tax on their benefit payment, and your financial adviser will use his experience and expertise to fight for his client if there are any issues with the insurance company at claim time. Just in the same way that I have had to fight for clients that weren’t even mine, who relied solely on their insurance in super with no financial advice.

Mark Schroeder is the chief executive of Spectrum Wealth Advisers

The real cause of the underinsurance misery 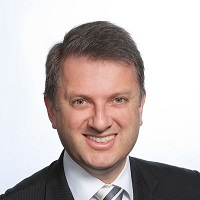