Get life insurance off the political agenda

Cory Bernardi handed the next federal election to Bill Shorten – so let’s get life insurance off the political agenda.

Synchron independent chair, Michael Harrison knows Cory Bernardi. He says he’s a nice guy, he knows his stuff and he happens to sit on my side of politics. But by walking away from the Liberal Party, I think Cory’s effectively handed the next election to Bill Shorten.

Malcolm Turnbull is almost two years into the top job and I think he’s probably only got six to nine months left. That’s about all it’s going to be. If he wants to hold on any longer, he needs to do more of what he did the other week on the floor and actually get a bit of fire in his belly. But he needed to be doing that ever since he was elected.

Why is this important to the financial services industry? Why am I even talking about this? Well, if you consider that Bill Shorten is a former director of Australian Super, that he was one of the architects of the Future of Financial Advice (FOFA) legislation, what do you think is going to happen if he gets into power? If we don’t get life insurance off the agenda, if we don’t get it off the front pages, it will continue to be an election issue.

The Life Insurance Framework (LIF) has passed through the Senate, so let’s stop agitating and get on with it. I don’t like the Life Insurance Framework. I don’t think advisers like the Life Insurance Framework. We work hard for our money and a lot of LIF is about the money we get paid. But it is what it is, so let’s please stop agitating for change. Now is not the time. We need to get this off the agenda so that come the next election when the Liberals are quite frankly going to struggle, we’re not arguing once again about the remuneration of life insurance advisers and we’re not see morning television shows saying that it’s outrageous that advisers get paid 120 per cent commission.

I don’t envy our industry under a Shorten government but if we can get life insurance off the agenda, if we can stop having the media talk about it, maybe, just maybe, we might have a chance of getting back to regular business – regardless of which party is in power.

Don Trapnell is a director of Synchron. This is an edited version of an address he made to the Synchron Professional Development Day in Sydney on 14 February 2017.

Get life insurance off the political agenda 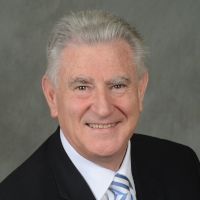