A consumer could be forgiven for bypassing a financial adviser when purchasing life insurance cover, with the plethora of information available online. But being self-directed has the potential to trigger unintended consequences for beneficiaries if and when an insurable event occurs.

Consider a married couple – Ron and Elle - in their late-thirties with two dependent children under the age of ten. With a mortgage of $800,000, the couple recognises the importance of having adequate life insurance cover and consider an insured amount of $1.5 million each to be appropriate. That will enable the mortgage to be repaid and provide a ‘future fund’ for ongoing family expenses, such as the children’s school tuition fees.

Pitfalls of the self-direct approach

Assume the couple increase the level of life insurance cover via their respective default super funds to $1.5 million. Ron unexpectedly passes away a year later. The fund pays $1.5 million (i) into Elle’s bank account in accordance with the binding nomination, entirely tax free.

Elle immediately repays the mortgage. The remaining $700,000 (approximately) is set aside in an interest-bearing account.

Naturally, the interest derived on the $700,000 will be assessable to Elle for income tax purposes. This may not be a very tax effective structure to house the capital, particularly if Elle is in one of the higher tax brackets. Additionally, the nature of this structure potentially exposes the capital to a claim under other parts of the law – a property settlement following a subsequent relationship breakdown being of primary concern. Strategies to manage these flow-on effects will tend to be overlooked by a consumer going it alone.

Looking beyond the initial purchase

Using their knowledge of the tax, super and social security laws, financial advisers can help recommend a suitable life insurance policy with an eye on the estate planning implications that typically materialise at time of claim.

For example, in the above case study, the clients could have been educated about the benefits of retaining the $700,000 within the super environment via the commencement of a death benefit income stream (ii). This is likely to have provided a more tax-effective environment to house the capital without restricting Elle’s ability to access the funds (say to pay school fees) going forward (iii).

Alternatively, and if such a structure was warranted, an adviser could have explored the feasibility of a testamentary trust – as a vehicle to house the capital - with the clients.

In addition to the estate planning issues, advice and support can also be provided on:

All these issues need to go hand in hand with any decision to purchase life insurance cover.

One key change stemming from the recent super reforms is an amendment to the tax law definition of a ‘rollover superannuation benefit’. Let’s extend the above case study to illustrate the implications for strategic financial advice.

After consulting a financial adviser, Ron and Elle each purchase $1.5 million of life cover via a standalone ‘risk only’ super fund. The policy is to be funded by an enduring partial rollover arrangement.

Based on prevailing rules, Elle would generally be compelled to take receipt of the $1.5 million benefit payment as a cash lump sum in the event of Ron passing away prior to 30 June 2017 (iv). In other words, there would be no option for Elle to retain the $700,000 inside super via the commencement of a death benefit income stream (given it is being paid by the trustee of a ‘risk only’ super fund) and nor could she request the trustee to rollover the proceeds to another super fund to commence an income stream (as the tax law that applies to 30 June 2017 effectively restricts such a rollover).

Under the changes to super, that restriction will no longer apply. Broadly, from 1 July 2017 (v), Elle could instruct the trustee of the ‘risk only’ fund to ‘rollover’ the $700,000 to another super fund for the purpose of commencing a death benefit income stream.

In summary, this change to the tax law provides those beneficiaries eligible to receive a death benefit income stream, such as a spouse, with an alternative payment option in instances where a lump sum would have traditionally been the only choice. For clients anticipating they will leave a pool of capital for beneficiaries, having the death benefit income stream option provides a simple, yet tax-effective vehicle, to house insurance proceeds when sourced from within the super environment. And importantly, the option to rollover a death benefit to another fund (to commence an income stream) will be available irrespective of whether the insurance is owned within a standalone ‘risk only’ super fund.

[i] For simplicity, assume Ron had no super savings at time of death.

[iii] Since Ron’s super balance would have been converted to unrestricted non-preserved upon his death.

[iv] In the absence of a testamentary trust, other ‘post-death’ trust structures could be explored but it does introduce complexity and even then the underlying laws may limit their practicality. Furthermore, even if prevailing contribution caps permit, a re-contribution of part of the proceeds back into super would result in the capital being locked away under the super preservation rules.

[v] Subject to the prevailing fund rules and trust deed. 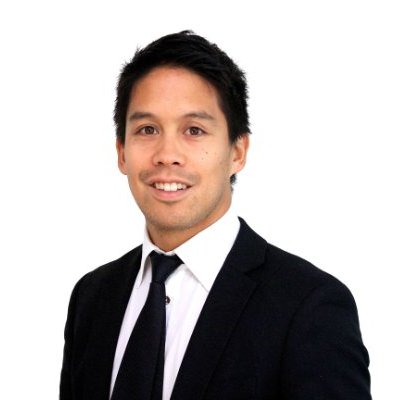