Who will and who won’t pay at claim time?

When it comes to life insurance advice, there’s one critical service from advisers that can’t be matched or challenged.

There’s one area where insurance advisers always seem to shine.

Sadly, many people who have bought insurance without advice are shocked when something happens to them and they can’t get a claim paid. In the absence of an adviser, they’re often forced to deal with call centre staff (sometimes in another city) during an extremely difficult time.

But with the right advice and support, valid claims get paid.

Experienced advisers have a solid understanding of which insurers (and products) are good and bad, and they know how to effectively prepare claim forms and work with the insurer to get the right outcome. Importantly, they do this quickly and emphatically.

Where there’s injustice, a passionate and experienced adviser doesn’t easily take no for an answer.

Recently, Experien took on a pro-bono client who had a group income protection claim declined simply because they were between jobs when they were struck suddenly by a serious illness. This person was automatically given cover though their previous employer’s superannuation fund. The super fund and the insurer had continued happily deducting premiums from the person’s account when he was between jobs but then said he was ineligible to lodge a claim because he was not working when he fell ill.

After receiving no support from his super fund or the insurer, the client was referred to Experien by an existing client. We mounted a challenge and got the claim paid.

There are two key reasons for this.

Firstly, at claim time, advised clients and/or their families rarely find themselves alone.

In their most vulnerable hour, advisers are there to help them lodge and manage their claim.

If there’s a problem, experienced advisers flex their muscle and leverage their relationships with insurers to push for the right outcome. Very few advisers charge fees to do this. Instead they use their trail commissions - pooled across all their client base - to fund the costs. It’s an efficient system where the lucky clients, those who don’t need to claim, help to pay for the costs of those who unfortunately do claim.

Having said that, direct and group customers are unlikely to get equivalent support.

Secondly, advised clients typically do more work when setting up the cover via more rigorous product selection and underwriting. This is an excellent upfront investment to secure a more certain outcome at claim time. Advisers are very good at helping clients gather medical evidence and present it to the insurer to get the cover in place. In return for this additional evidence, the insurer is able to reward the insured with higher quality/more certain cover.

While it may seem like a hassle at the start, the underwriting process avoids nasty surprises because the insurer understands the risk they are taking on. They then don’t need to rely on pre-existing exclusions, or other terms to avoid claims.

The same can’t be said about the direct segment, which experiences a higher percentage of complaints and declined claims: 12 per cent compared to 7 per cent for retail policies. This discrepancy is partly linked to the simpler underwriting rules in direct insurance. Cover granted automatically via super funds also has its coverage limitations because no health evidence is obtained by the insurer upfront from the insured members.

Advisers that add the most value with claims commonly have the attributes of persistence, good product knowledge and experience.

Good advisers regularly speak to other experienced advisers, share their stories and compare experiences to get informed views. While some industry reports attempt to rate the claims services of insurers, we don’t place any value on them given the questionable methods they use to draw conclusions. Their results are often not consistent with our experiences.

Broadly, we prefer insurers that don’t have large aligned or controlled adviser networks because they are forced to compete on merit.

We also value choice via an open APL because we don’t want to be restricted to a narrow number of insurers. That enables us to exercise our knowledge and professional judgement to steer our clients to the better insurers and avoid insurers where we worry about their claims service or policy terms.

Who will and who won’t pay at claim time? 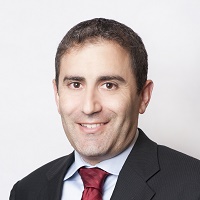