The answer to this question will largely depend on who you ask. The superannuation and life insurance industry will undoubtedly argue that lawyers are not required.

In fact, many large industry superannuation funds actively advertise on their websites that legal representation is not required.

Australian law imposes strict covenants upon superannuation funds to actively pursue genuine claims on behalf of their members. Practically, this means that if a superannuation fund is presented with a case that on the face of it looks genuine and has reasonable prospects of success, then they must actively pursue it on behalf of the member. Essentially, the system was somewhat regulated to exclude the need for lawyers to get involved.

Mr A suffered a severe psychiatric illness that resulted in the Commonwealth Bank dismissing him on medical grounds declaring that he was totally unemployable. This decision to medically dismiss Mr A was signed off by the bank’s chief medical officer at the time.

So, when Mr A went to make his claim for TPD through his Commonwealth Bank superannuation fund, it should have been straight forward, right?

Unfortunately, the TPD claim process wasn't made simple for Mr A.

Mr A’s case should have been simple and straightforward and lawyers definitely weren’t needed other than with assistance with paperwork, if required. Unfortunately, the bank denied Mr A’s claim at first instance citing that he could work in alternative employment. The very same organisation that medically retired Mr A from all forms of employment then decided to deny his TPD claim. When Mr A sought legal representation, I was puzzled why his claim was denied. After some lengthy legal and practical argument, Mr A's claim was accepted. 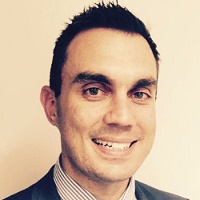 Last Updated: 04 January 2017 Published: 28 December 2016
risk
5 commentsjoin the conversation
risk
What you need to know before you get an AFSL
ASIC funding model puts unfair cost on small practices: LICG