The risks of insurance in super

What do you say when you are looking into the eyes of another human being who is about to die? Craig Ball shares a story about a client who had insurance through superannuation.

A Brisbane man, still relatively young, came to me for help after a client of mine referred me to him. John (not his real name) informed me that he would be dead in less than six months from oesophageal cancer. He told me that he would never see his young children grow up or graduate or get married, yet he felt guilty for spending too much time working hard trying to provide for them.

I sat there with a heavy heart as he conveyed how he would leave his life partner forever, not only with the responsibilities of raising the children, but also with a substantial amount of debt. He was clearly frustrated and scared, but mostly he was angry.

He was frustrated with the fact that, now that his condition was terminal, it had never occurred to him to seek professional advice from anyone (I guess many of us can relate to that). He was scared, not for himself, but for the position in which he would now leave his family. And he was extremely angry because those who advertise regularly that ‘they are there for their members’ were not there for him when he needed them most.

What do you say to someone in this situation? In my opinion, there are no right words to say here. In fact, words are not enough. What’s needed is action.

John was a member of one of Australia’s largest industry superannuation funds. Like many Australians, he had seen the persistent advertising on television, applied for membership online and, apart from receiving an annual statement, never heard from the fund again.

John was diagnosed with cancer at the age of 37 and, within a short period of time, was informed that it had become terminal. His employer had been very generous, allowing him time off for treatment etc, but the treatment costs were crippling. Money had become tight and he had heard from a colleague that he may be able to make a terminal illness claim with his super fund – any extra money would have been helpful. When he rang the fund’s toll free number to obtain some assistance, however, he “felt just like a number” (his words) as he tried unsuccessfully on a number of occasions to talk to a claim’s assessor.

We obtained authority from John to assist with his claim and a few weeks later he came into my office to sit in on a pre-arranged telephone meeting with his industry superannuation fund claims assessor (it took us more than two weeks of constant calling to get a response from this person). After 10 minutes of getting the run around by this assessor, I thought “My God, is this what every claimant has to go through with these funds?”

I can’t say whether or not the assessor was unsure of the exact procedure and requirements to process the claim or whether their systems are just cumbersome or whether they are specifically trained to be uncooperative, but we weren’t making much headway until I informed her that I was taking written records of our meeting and that I would not accept any delays in payment of the proceeds.

John’s most recent superannuation statement indicated that there was a fund balance of approximately $50,000 and a death benefit of $72,000. I asked the assessor to confirm these amounts and she said that, due to the fact that John was now a year older than when his last statement was issued, his death benefit had been reduced by $8,000.

The silence in the room for the next 15 seconds was deafening as I watched the tears flow down John’s cheeks. There, at that very moment, I understood what this particular Industry fund stood for and they weren’t there for their members.

In my opinion we, the independent financial professionals, have been made the scapegoats for all of the wrongdoings in the entire financial services industry. Yet, many large institutions and, in particular, industry superannuation funds, continue to treat their customers with contempt. What astounds me is that it is these same organisations that have all of the pulling power in Canberra when it comes to legislative changes.

After leaving the meeting and arranging for my staff to oversee the claims process, I wrote a scathing email to this particular industry fund addressing, in particular, the fact that no one from the fund ever gave John the courtesy of discussing insurance options or family protection strategies and, most importantly, the fact that this dying man was made to feel like ‘a number’ rather than an important member of the fund.

John’s money arrived in his bank account within a fortnight. A little over a month later, he passed away. His wife and kids continue to struggle financially today.

I cannot stress enough the importance of obtaining professional advice. The general public only ever hear the bad news stories. After all, that’s what sells. There are so many terrific professionals in this industry who do an amazing job for their clients but, unfortunately, only we know the good news stories.

The risks of insurance in super 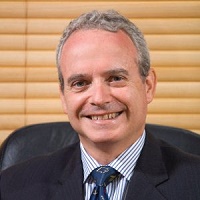