On 12 April 2016, I was diagnosed with cancer – prostate cancer. This was devastating to myself and my family as my symptoms were not consistent with cancer. This is my story.

My urine flow had slowed a bit and I had begun to do the regular 1am trek to the bathroom. Something I had put down to “getting old”. My doctor did a blood test and my PSA result had risen to 2.5 for someone aged 50. A PSA below 4.0 does not normally raise any alarms bells.

However, as my father was diagnosed at age 65, my doctor suggested a few more tests. An enlarged prostate was detected and a further biopsy test indicated medium-level cancer.

Our life went into meltdown and I vividly recall crying constantly with my wife Kym for a couple of weeks. Telling my children Jack (18), Max (15) and Chloe (13) was traumatic as just the word ‘cancer’ raised concerns with them, and me. There is no text book to advise how best to break that news to your children. More crying ensued. Being so passionate about the insurance industry, I made sure I was more than adequately covered in case something like this were to occur. This was a life changer.

I was referred to Dr John Yaxley, a urologist at Wesley Medical Centre. He provided the options to Kym and I, and as the MRI showed a dark shadow close to the margin (edge of the prostate), he recommended the nerve sparing radical prostatectomy. A prostatectomy is major surgery taking up to four hours and is the most invasive option. It also has the most profound immediate potential side effects – incontinence and erectile dysfunction.

The prostatectomy can be performed in two ways – robotically or traditional open surgery. Both styles have similar long-term recovery patterns. However, it is in the short term where the robotic surgery appears superior, but it is significantly more expensive. Amazingly, the surgeon sits at a computer with controllers like an Xbox. My full trauma benefits were paid within two weeks of lodging the claim form, and having these funds available quickly removed a lot of stress from our lives. I could take up Dr Yaxley’s recommendation and get the best possible robotic surgery, as well as take seven weeks off work to fully recover. I had choices. We had choices.

The surgery was on 30 May and took four hours. I was wheeled up to the ward where Kym and my daughter, Chloe, were waiting. Despite losing 22 kilos since February, my face and body were so bloated it looked like I had put all the weight back on and then some.

With these controllers, the surgeon controls what is happening with the ‘robot’ above the patient.

Sleeping was impossible as you could only lie on your back, socialising was non-existent. Leaving the house with a urine bag strapped to my leg under my pants was impossible. Following the removal of the catheter, I thought life would be better. However, this was not to be and I entered some dark times. For the next couple of weeks, my pelvic floor muscles did not perform as well as I had expected. I could not control my bladder and it started to get me down. I went through many boxes of mens’ pads in those two weeks and thought that if this was my life, it was not going to be pleasant. Fortunately, the pelvic floor muscles began to improve after those two weeks.

I understand why research shows that 70 per cent of Australian men said their lifestyle deteriorated after diagnosis.

The other major source of angst for me (and all other sufferers) was to find out if I could still function as a ‘man’. I was referred to Dr Michael Gillman, a men’s health doctor who specialises in male sexual health. He was excellent, calming and a great source of information. He supplied me with the first ‘port of call’ to test if I could function correctly. This involved many scripts for medications – Viagra and Cialis. I was very pleased to say these proved successful. Slowly but surely, progress was being made. My wife Kym was fantastic. She was by my side the whole journey with encouragement. While we cried a lot together, she remained positive and made sure I did the same.

Another milestone was achieved on 20 July. A new blood test showed my PSA result had reduced to .009. Dr Yaxley confirmed this signified the cancer was fully contained in the prostate when it was removed and, at this time, I would not be required to undertake any further treatment such as chemotherapy.

I will have a blood test every four months for the next year to monitor my PSA levels. Every four months, I will be looking over my shoulder, hoping the results come back all clear. In the meantime, I feel very fortunate my doctor pressed for further tests and I was diagnosed early. And having one of the best surgeons was a blessing. I always believed in what I did for our claimants, but to experience this myself reinforced the value of having appropriate protection strategies in place. The trauma insurance payment changed my life. It changed our lives as a family. Taking into account all the tests, procedures and main surgery, the total costs were close to $65,000.

Top private health cover and Medicare rebated just over half of the costs, and there was still a significant cost to get the best possible medical treatment. I was able to pay out the mortgage as well as the business loan, plus we had some funds left over to invest, just in case it comes back, I would certainly want my family to be looked after. 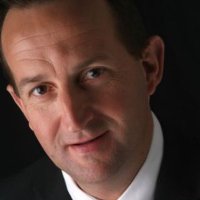