A pox on all your houses

This might be drawing a long bow, but the coming train wreck that is the Life Insurance Framework reminds me of London’s response to the Great Plague.

What the FSC, AFA, FPA, ASIC, government, opposition etc have been hammering on about is that the fundamental problem with churn (and pretty much every other ill) in life insurance in Australia is the level of commissions paid to advisers.

In their infinite wisdom, their solution is to penalise advisers by reducing the commissions payable, extending the clawback period and basically making it almost impossible for advisers to make a living without charging a fee-for-service for their insurance work, something that hasn’t worked in any country.

The end result will be less advisers working with consumers, and clients dealing directly with insurers and taking out policies that are more expensive, less comprehensive and harder to claim on. Such a scenario will only increase the level of under-insurance in Australia. The longer this system runs and the more examples that are reported of people holding worthless policies they can’t claim on, the worse the situation will become, putting the very viability of the life insurance sector in Australia at stake. Those who already have insurance cover will find premiums spiking due to a smaller and reducing pool, which will in turn lead to more people cancelling their cover and so the downward spiral will continue.

At some point, it will force the industry, regulators and politicians to review what’s happened. They will find that financial advisers were not the fundamental problem in the system, but actually added value right through the chain. Of course, by then, the vast majority of risk advisers will have departed the sector and it may be too late to restore the system to balance by attracting new and former advisers. To do so, they’ll likely have to offer upfront commissions similar or even higher than those currently on offer.

How does this relate to the Great Plague? Well, back in the day when the plague was decimating the population of London, the powers-that-be got together and decided it was all the stray cats and dogs roaming the streets (and roofs – it’s where the term ‘raining cats and dogs’ came from) that were causing the rapid spread of the disease. There wasn’t any evidence of this, but surely with all these mangy animals running around they must be responsible. The solution? Begin eradicating the stray animals. We now know that the plague was actually being spread by fleas in rats. What do you think was the main source of keeping this vermin under control? You guessed it, the stray cats and dogs.

Ultimately, this ‘solution’ only compounded the problem and tens of thousands of people died needlessly because of an ill-conceived and non-evidenced-based ‘solution’.

LIF is going to have exactly the same impact on the life insurance sector in Australia, with consumers ultimately being worse off and the government footing the bill through increased welfare and sickness benefits.

But I guess it’s much easier to sheet home the problems of a sector on a poorly represented (yes, I’m talking about you AFA and FPA) and easy scapegoat than to scratch beneath the surface and find it’s the product providers (i.e. insurers) and their hypocritical, self-serving policies that lead us into this mess in the first place.

A pox on all your houses 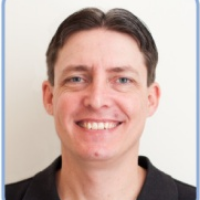