Bringing the Life Insurance Framework back into balance

Prior to last week’s extraordinary general meeting, I took counsel from peers within our industry and it was clear to me that the AFA was more concerned about changing the constitution than it was about the flaws in the Life Insurance Framework.

The original reason the EGM was called was to clearly put the focus back on the LIF proposal and to let the current board know that a large percentage of their membership was not comfortable with the negotiated outcomes. I believe to that end we have been successful in contributing to the delay until at least January 2018 and buys us time to continue negotiating.

The AFA had emailed all their members, strongly encouraging them to oppose changing the constitution, but did not discuss the LIF legislation. To be successful, we needed 75 per cent of the membership to vote for the resolution and we were never going to achieve anywhere near 75 per cent with the type of internal AFA campaigning that was conducted.

As a result of the earlier discussions and knowing we were in a no-win position, I felt that by extending the olive branch with the new board we could get some traction and work together on achieving a better outcome for both consumers and advisers. I withdrew the motion and the proxy votes for what I believe to be the right reasons.

As we know the LIF legislation as it currently stands:

The FSC is attempting to take the fee-for-service currently being paid out of the products and passing that on to the consumer. This, on top of increased premium rates, means that the single biggest issue in our industry, that of underinsurance, will continue to increase. At a recent meeting, Geoff Lloyd, the new chairman of the FSC, made it clear that their plan is to remove commission from the product over the next five years. We believe this is an ideologist view and, for 80 per cent of Australians, how they currently are advised and buy appropriate life insurance will no longer be financially achievable.

My meeting with the AFA board members prior to the EGM did in fact give us a chance to try and find some common ground. Now that we have had the chance to discuss our concerns with the new AFA board members, I believe we should be working more closely together to inform the members, the public and the politicians of the detrimental effects of the LIF.

At the moment, the LIF totally favours the banks and insurance companies and, in its current form, will damage our industry and consumers. We need to work together to achieve a sustainable and competitive industry that will result in better outcomes for consumers.

We need to bring the LIF back into balance away from just benefiting the banks and insurance companies, and create a sustainable industry. It is my belief that adviser remuneration should be a hybrid position of 80/20 plus a one-year clawback. Our research shows that this outcome would bring equilibrium back to the market and result in a positive selection of advice solutions for consumers. Surely the AFA, FPA, FSC, advisers and the government can agree on this simple solution.

I hope to be able to work with the new board of the AFA and also bring to the table all of the research and evidence gathered by the Life Insurance Customer Group to demonstrate to the politicians how to achieve better outcomes for consumers by moderating the LIF and helping to keep the banks honest.

Mark Dunsford is a member of Life Insurance Customer Group. He is also the founding partner and director of NOW Financial Group.

Bringing the Life Insurance Framework back into balance 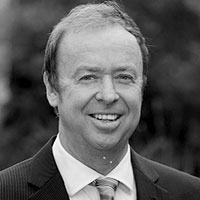