Staring into the abyss: the death of financial advice?

The current arguments of the challenge to the rights of advisers, the failure of leadership of industry bodies to represent their members and the challenge to leadership of those very same bodies is an all too familiar story throughout history.  It is a shame that we as a collective, as an industry, as a species, do not learn history’s lessons well.

The language of the LICG, especially in its most recent member update, extols the virtues of fighting for the rights of the consumer, the “ill effects” of LIF of “evidence based” facts and the “basic democratic rights” of members and irrefutable evidence of the shortcomings of the legislation. There is indeed passion within the LICG. We must not doubt that. We should not deride it. Passion in times like this is critical, even when it is misdirected. The current arguments of the challenge to the rights of advisers, the failure of leadership of industry bodies to represent their constituents and the challenge to leadership of those very same bodies is an all too familiar story throughout history. It is a shame that we as a collective, as an industry, as a species, do not learn history’s lessons well.

This type of rhetoric is characteristic of any period of change. It is actually natural when the status quo is challenged. It reminds me of another time in history. 1964. Specifically, the United States Civil Rights Act of 1964.

After John F Kennedy’s assassination, President Lyndon Johnson sought to maintain the promise and pass legislation that would see the passing of a bill that outlawed discrimination based on race, colour, religion, sex or national origin. At that time, the most fervent opponents were 18 ‘Dixiecrat’ senators from the south, who labelled the legislation “unconstitutional, unnecessary, unwise and extend beyond the realm of reason”. This opposing block sought to break the legislation by blocking it – filibustering it – over weeks, including an address by Senator Robert Byrd that last about 14 hours. The bill ultimately passed, and never in history had the US Senate been able to muster enough votes to cut off a filibuster on a civil rights bill.

Why fight it so hard? The world had changed. The southern good ole boys, Jim Crow way of doing things was something they wanted to protect.

While the core topic is different, the similarities in process are the same. Something is changing and needs to. A group protecting its interests does not want to change and is clothing that in democracy and the rights of consumers. Leadership is questioned and challenged. But as President Johnson pondered in 1964, “A president’s hardest task is not to do what is right, but to know what is right.”

In the current argument, what is right? As Reddacliff Consulting’s Tom Reddacliff wrote, “Advisers can focus that energy on a business model that will have less reliance on legislation and life insurers in the long run, and jump on board the first glimmers we’re seeing of product and technology change from life insurers and the underlying advice processes”.

Meanwhile, Paragem’s founding director Ian Knox challenged us, “The whole planning industry is on the right wave at the moment and arguing about the need for a longboard isn’t what’s needed in the world championships”. And our industry bodies are on the abyss of losing it all, “The association would lose years of hard-earned respect and relevance”.

The answer is not to destroy the establishment. The answer is not to fracture the advice community. The answer is to hold the ship steady while charting a new positive course. That’s action, that’s in the best interests of consumers, and with a strong and intact association we, as a collective, can shape the change for real benefits for consumers by leveraging that position of power to shape the agenda of the insurance and advice industry starting with the product providers who in fact are the groups with the potential and motive to create efficiency, product simplicity and advice engagement. They will not do this from a status quo position. There is simply no motive or reason for them to do so under the conditions where a fractured association with no power and a one-policy agenda team is the landscape they find themselves delivered post-15 September.

It is vital that AFA members vote in this election. Voting can be done online this year and you should receive instructions via email from the AFA. Voting is reported to close at 4pm Thursday 15 September.

Now is not the time to leave it to others to determine the outcome. You have the power in your opinion and if you have an opinion, vote, and unlike other legislative changes this industry has faced where advisers had not even read the legislation, this is an issue where you should have an opinion.

Now is not the time for apathy. The US faces an abyss themselves right now.

Donald Trump may dominate television and social media, but he’s not exactly crushing the electorate. Really, no one is. In the 26 states that have held primary and caucus elections for both parties, Republicans cast 20 million votes, and Democrats cast 15.1 million. But there’s a third force that has once again dwarfed both of these numbers – the great American tradition of disinterest and apathy.

We need a multi-dimensional leadership team, such as the one currently in place. We need strong relationships with legislators at all levels, on all sides of politics and with product providers.

We need to change to evolve and grow, and to be relevant to today’s and tomorrow’s consumers.

Ross Johnston is the owner of Australian Unity Financial Planning

Staring into the abyss: the death of financial advice? 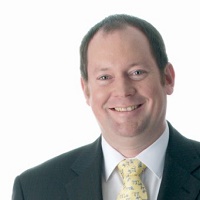