Changing the definition of terminal illness may benefit some terminally ill people but the insurance industry must consider the long-term implications for stakeholders, including advisers and their clients.

The terminal illness benefit included in most life insurance policies today is a feature that pays out all or part of the death benefit if the insured is diagnosed as terminally ill.

The obvious advantage is that the insured receives the money rather than the beneficiaries of their estate. They can use that money to cover the cost of medication and palliative care or to enjoy the time they have left with family and friends. They may use it to take care of loved ones while they’re still alive.

The definition of terminal illness is broadly an illness or condition that is likely to result in the death of the insured within 12 months, as certified by a medical specialist.

But there are currently discussions about whether the insurance industry should relax the definition in line with the government’s change on 1 July 2015, which allows terminally ill people to access their superannuation if they are diagnosed as having less than 24 months to live. This was formerly 12 months.

As a result, one research house has changed the benchmark for terminal illness and is now rewarding insurers that pay the terminal illness benefit where a person is deemed likely to pass away within 24 months.

At the time of writing, no retail insurer satisfied the ‘A’ rating benchmark set by this research house. The majority have been downgraded to a ‘B’ and a couple are rated ‘C’. Interestingly, one insurer is hedging its bets by defining terminal illness to be that which either “highly likely” to cause death within 24 months or “likely” to result in death within 12 months.

Prior to this, the majority of insurers received an ‘A’ for terminal illness and an overall score of 100 per cent.

Life cover has traditionally been a difficult product for differentiation, leading many advisers to simply focus on price. However, a number of insurers have introduced innovative features in recent times to set their cover apart. Unfortunately, these features are not always recognised by research houses and commonly buried under ‘ancillary benefits’.

While research houses and comparators are valuable tools for advisers, there’s a concern that they tend to rate insurers based on the generosity of benefit to the customer with too little thought given to the sustainability of the premium and the long-term impact on all policyholders.

The dilemma for (some) insurers is whether to chase the research houses for the best score or take a longer term view and consider the sustainability of the product.

A well-rated product may be a boon for insurers, helping them win industry awards and get onto approved product lists, but not if it comes at the expense of tomorrow’s policyholders.

This has certainly been the result in the case of Total and Permanent Disability (TPD) cover.

By the turn of the century, the industry had broadly adopted the new definition after research houses awarded insurers with the more lenient definition a higher rating, effectively forcing the rest to follow. Many insurers passed this enhancement on to existing TPD policyholders as part of their automatic upgrade.

In ensuing years, disputes between policyholders and insurers around the real definition of “unlikely ever” ended up in the courts.

Insurers believed “unlikely ever” meant there was a fair degree of certainty that the insured would never be able to work again (80 per cent to put a number on it), while others argued that if the insured was considered just 51 per cent unlikely to work again, they satisfied the definition of TPD. Either way it showed that an ambiguous definition was problematic and open to interpretation.

Several landmark court cases made it clear that TPD policies which defined TPD along the lines of “unlikely ever” to work again were more likely to get paid out than policies which clung to more traditional definitions of being “unable ever” to engage in suitable work.

The flow-on effect of that seemingly small word change has been record annual payouts and mounting litigation.

Time will tell where insurers sit in relation to terminal illness.

Renee Hancock is head of product at ClearView Wealth. 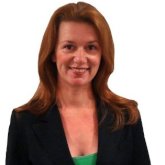