While most of us prefer not to think about our loved ones dying, advanced care planning can greatly improve the quality of life of terminally ill people by providing clear guidance around their treatment, needs and end-of-life wishes.

National Palliative Care Week began on 22 May. The program of events, organised by Palliative Care Australia and supported by the Department of Health, seeks to raise awareness of palliative care in Australia.

Early access to palliative care can provide a higher quality of life, not only for people requiring end-stage care, but also for their families or carers. Advanced care planning helps open up the discussion, at what is a very stressful time, around issues such as the continuance of medical treatments, where the person would prefer to reside for the remainder of their life, and the likely costs involved with the decisions made.

Palliative care can be provided at home or in a specialist facility, such as a hospital, hospice or aged care facility. The decision of where to reside is a very personal one and takes into account a number of factors. The family home may be preferred because it is familiar and more comfortable, allowing unlimited interaction with extended family and friends. However, there may be many costs associated with care at home, including the cost of hiring specialist medical equipment, special beds, mobility aids such as wheelchairs, and nursing care.

Alternatively, a hospital may be more suitable to individuals seeking direct access to doctors, nurses and pain specialists, or where rapid deterioration in the health of the individual has occurred. Hospitals can often be sterile-feeling environments to be in for an extended period of time, and therefore a hospice ward or facility may be preferable. An aged care facility may also be able to provide hospital facilities, but in a more informal and private setting.

In a South Australian survey, which asked respondents to consider their preferences in the event they were diagnosed with a terminal illness, 70% said they would prefer to die at home, 19% in a hospital and 10% in a hospice. Less than 1% said they would prefer to die in an aged care (nursing) home. Preferences may change over time, as individuals approach the end of their lives. If a terminally ill person does choose to die at home, their main support is often through informal care from a family member or friend. In 2010, informal carers provided 1.3 billion hours of home care, equating to an estimated cost of $40.9 billion if professional care were to be provided instead.

Government-funded, community-based palliative care services do exist in Australia, however they are limited. Further, they may only be available for people with certain prognoses. For example, in Queensland, packages to support home care are only available for those with less than three months to live, while some palliative care programs are for specific illnesses such as cancer.

Whatever decision is made, there are many costs associated with palliative care. The types of services provided can be broad, and can include assistance with emotional, physical, social and spiritual concerns. There is a wide range of professionals involved, including doctors, nurses, social workers, physiotherapists, occupational and speech therapists, and psychologists.

In regard to pain relief, there are many options available, such as medication, massage, meditation, aromatherapy, acupuncture and radiotherapy. Some costs may be covered by Medicare or private health insurance, however many will not. For example, medication that is not part of the general Pharmaceutical Benefits Scheme (PBS), nor listed under the PBS pharmaceutical benefits for palliative care, may be very costly and often unaffordable.

Allowing for palliative care in the Term Life sum insured will ensure that a terminally ill person can access the highest level of care and quality of life possible. In 2014, BT paid 23% of all Term Life insurance claims in advance, because of terminal illness.

Rachel Leong is the product technical manager for the life insurance division of BT Financial Group. 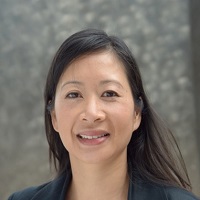 Last Updated: 25 May 2016 Published: 25 May 2016
risk
0 commentsjoin the conversation
risk
The benefits of moving beyond limited APLs
Total risk market inflows up by more than 6%