Why professional judgement should trump financial strength when choosing an insurer

When it comes to measuring an insurer’s ability to pay claims, researchers and ratings agencies generally focus on a company’s financial strength, but there are more valuable and relevant factors to consider. Renee Hancock writes.

Experienced financial advisers know that there’s much more to insurance advice than simply selecting the product and insurer with the best score and the cheapest premium.

When it comes to insurance, individuals taking out cover are putting their total trust in the insurer to honour their policy in the unfortunate event of a claim.

Their decision should have as much to do with subjective factors like an insurer’s claims philosophy, their commitment to acting in utmost good faith and how they treat people, as it does their ability to pay.

That explains why savvy licensees and advisers won’t deal with certain insurers, irrespective of the fact that some score 100 per cent for financial strength with a risk comparator or have an S&P rating of AA or higher.

Experience has taught them that an insurer should be judged on both quantitative and qualitative factors. Furthermore, financial strength is assumed given the Australian Prudential Regulation Authority’s capital adequacy rules.

Consumers will actively seek out and pay for that kind of experience and advice. They can Google an insurer’s credit rating online or go to a comparator website for a product score but what they really need is a professional adviser with broad experience to help them make the right long-term decision and be there for them in the event of a claim.

Yet despite proving dubious during the Global Financial Crisis, a positive credit rating is the same crude measure that some dealer groups rely on when deciding if an insurer makes it on their approved product list (APL).

Researchers have traditionally relied on an insurer’s financial strength as the measure for claims paying ability.

The challenges facing the insurance industry have been well covered by the media and highlight the perils of misplacing too much value on an insurer’s credit rating and not enough value on an insurer’s business practices including open and transparent client communications; how they assist individuals and advisers during the claims process; and their commitment to acting fairly and reasonably.

To better protect clients, more must be done to help advisers and their clients make informed decisions about which insurers to partner with.

While some insurers are upfront and clear about what policyholders can expect to happen in the event of a claim and provide certain guarantees in the contract, such as a guarantee to take time to understand the client’s position and communicate openly and regularly throughout the process; the majority don’t, leaving advisers and their clients with little confidence and direction.

For too long, advisers have been left to learn from experience or figure things out by talking to other professionals at professional development days and industry functions but the financial protection of Australians is too important to be left to a chance encounter at a networking event.

Licensees and risk researchers may need to rethink their approach when it comes to measuring an insurer’s claims paying ability. There should be more formal information from insurers and greater resources to help advisers.

When it comes to insurance advice, there’s no substitute for experience and professional judgement at both the licensee and adviser level.

Experienced licensees and advisers know which insurers are good to deal with and which ones aren’t. While ability to pay is clearly important, willingness to pay and attitude to utmost good faith should trump that every time. And when it comes to ability, given APRA oversight, there shouldn’t be much in it in practice – credit ratings or not.

Renee Hancock is head of product at ClearView

Why professional judgement should trump financial strength when choosing an insurer 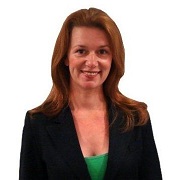