Place a spotlight on your passive clients

Caboodle Financial Services’ Peita Diamantidis talks about her journey into financial services, her practice’s focus on passive clients, and getting more women into financial planning.

How did you get into financial planning?

I studied actuarial studies at Macquarie University, and double majored with Finance, so I always knew I wanted to get into the financial world. Before financial services, I was actually in the world of investment banking straight from university. That was an eye-opener. You do not own your own life when you work as an investment banker, and while it stretched me and I learned a lot, they really throw you in the deep end.

After many years in investment banking, I just finally found out that it wasn’t for me. I ended up working for one of my clients for a while and then, through a conversation with family and the contacts they had, I ended up chatting to a few people who were in financial planning. Given my financial background, it was such a natural step. It’s now over 10 years ago since I became a financial adviser, and worked for a practice up in the north-west of Sydney and that’s where it started.

How did you come up with the idea for your business?

After a couple of years working in that practice it became clear that advisers had been told to focus on their As and Bs, and get rid of their Cs and Ds. That was about as technical as the description was, but no one was really telling them how to do that, like 'What do you do with the Cs and Ds?'. There was just a lot of talk and not a lot of action.

So we started to develop a concept where if we could build a business that focuses on passive clients, that is people who shell out a policy but are very passive about their money, then we’re playing a part of the market that nobody is. Naturally, people want to focus on high-net-worth (HNWs) clients, but if we could get it right with the rest of Australia, how exciting that would be. So we’ve been developing that for 10 years as a concept.

What is the general demographic breakdown of these ‘passive’ clients?

When you look at the demographic, interestingly the average is around mid-40s. But we’ve also got clients ranging from 18 through to 90. But when we looked at the analysis of the age breakdown of our clientele, I have to admit it was younger than we expected. Because we’re taking on older policies, I expected the demographic to be a bit older, but it’s not. It’s because the younger people are the ones that have the single policy that haven’t done any more. We’ve sort of got a wide spectrum when it comes to ‘passive’ clients.

What do you think about the under-representation of women in financial planning?

I think being half of the human race means women can absolutely add value to any profession because it’s another perspective. Maybe not necessarily a different perspective, but it is another one. So I certainly think it’s a male-dominated environment. I do have to admit I had forgotten that, because every job I’ve ever had has been within a male-dominated environment. The financial services industry actually has more women than the investment banking industry, so I was conditioned to that, I had just stopped noticing.

When I took one of my colleagues to some events, the first thing she said was: 'Wow, we’re one of five women in this room of 300 men.' I don’t believe the gender balance needs to be 50/50. It will be whatever it needs to be, but clearly it’s probably a little too far one way.

What do you think are the issues which may prevent women from pursuing careers in financial planning?

I do think we still have a challenge where girls at school feel like they’re bad at maths. There’s just this thing about that whole mathematical environment. Clearly I’m not affected by that, because I’m a maths geek. I think there is an almost ingrained, 'Oh, I couldn’t possibly do that'. And they associate financial advice with maths.

We know there are elements of that, but also lots of it is about understanding human nature. Lots of it is understanding people. So if someone got a psychology degree, and they complete a graduate diploma in financial planning, how awesome would that be! How vital would they be! So I do think there’s a problem in earlier education that probably won’t help with getting women into financial planning until we resolve that a bit; until we empower girls and students at school and university and go, 'Yeah, absolutely we can do this!' So I think there’s a challenge there.

Why do you think there is this disconnect between girls and financial planning as a future career option?

I don’t think I know the answer to that. Only recently it’s becoming less of a problem, but we are conditioned into thinking of women as being in the humanities, and men being in the technical. I don’t think we necessarily force that on anybody, it’s just a conditioning. It’s just a way we all think. 'Girls feel more.' I don’t think they do, I just think we are conditioned to think that way. It certainly doesn’t help that there aren’t many females that girls can see that they can go, 'Wow, I want to be her!' So that is probably something we need to change, in order to get the profile of women in financial planning up a bit.

Place a spotlight on your passive clients 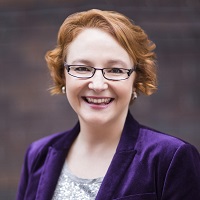 Last Updated: 22 April 2016 Published: 22 April 2016
risk
0 commentsjoin the conversation
risk
Are you really what you think you are?
Underinsurance in super funds a problem: Rice Warner