Overall complaints fell in second half of 2015, says UK regulator

Financial firms received fewer complaints in the second half of 2015, according to the UK’s financial regulator.

The Financial Conduct Authority (FCA) received 2.11 million new complaints between July and December 2015, a fall of 1.4 per cent compared with the previous six months.

FCA strategy and competition director Christopher Woodard said it is positive to see that the longer-term reduction in the volume of complaints has continued into the latest period.

“Firms seem to have taken on board our previous feedback on levels of complaints and we are slowly seeing firms address these issues,” Mr Woodard said.

“However, firms still need to do all they can to reduce complaints and ensure that they are working in the best interests of consumers.”

The FCA said loan protection insurance remained the most complained about product with 932,298 complaints, a six per cent rise compared with the first half of 2015.

Current accounts products was second-most complained about product with 454,276 complaints, followed by other general insurance with 296,505 complaints, and credit cards with 132,988 complaints. 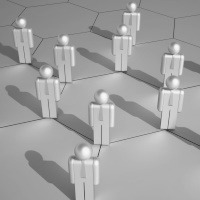