It would be difficult to mount an argument that the life insurance industry has been poorly served by the presence of commissions.

It is (almost) universally acknowledged that the financial incentive of commission has assisted in encouraging advisers to address the risk needs of their clients. The obvious benefit of this practice is that it reduces reliance on the public purse for people suffering the financial consequences of the death or disability of a family member.

However, as soon as the practitioner representative bodies began campaigning for recognition of the discipline of financial planning/advising as a profession (and as a past president of the AFA, I contributed to this process), they sounded the death knell for commission.

There are certainly valid arguments for the status quo. Chief among them is the acknowledgement of the fact that, if we already have a chronic problem of under-insurance in an environment in which the adviser is incentivised to recommend insurance and the client doesn’t have to pay the adviser directly for his services, how much worse will the problem become once this incentive and remuneration practice is removed?

There is also a very legitimate argument for the perspective that commission is a fee payment made by indirect means. Certainly, in our practice, risk commissions are credited to a client’s fee account, giving the client full ‘credit’ for the remuneration paid to our practice by the insurance company in question.

Most advisers I know lament the image problem from which the industry suffers, aided in no small measure by a combination of the Industry SuperFund television advertising and the media’s obsession with publicising every instance of inappropriate conduct by a financial adviser (even those who aren’t advisers, but choose to masquerade as them). If we are genuine in our efforts to improve the image of the industry and gain recognition as a true profession, we cannot have our cake and eat it, too.

It’s as straightforward as this: professionals are paid in fees. They aren’t rewarded by third parties for selling product. Sure, the current system works reasonably well, at least in terms of existing clients, but the problem is that, empirically at least, eighty per cent of the population aren’t clients. If we want to improve this 20:80 ratio, any measure that has the potential to work has to be worth pursuing.

The industry is moving towards the imposition of the Life Insurance Framework. It is interesting to ponder the fact that this government-mandated reduction in the commission entitlements of risk advisers is of absolutely zero benefit to the government, the public or financial advisers. The only beneficiaries are insurance companies, which raises the question of how or why the government chose to address the issue in the first place.

Having said that, this commission reduction is the first step towards the total abolition of commission in financial services, which, whether you like it or not, is inevitable. Anyone who believes otherwise is doing a passable impression of an ostrich.

In an attempt to diminish the inevitable avalanche of comments suggesting I am championing the abolition of commission, let me make my position as clear as possible. I am not leading the charge towards pure fee-for-service. I am simply saying that once you embark on the path towards recognition as a profession, the behaviour of the industry inevitably has to align with that objective. This means that sooner or later any possibility of conflict of interest or recommendation bias must, wherever possible, be removed from the financial services landscape.

And if that’s where we are inexorably headed, the sooner we align our practices and processes with that outcome, the smoother the transition will be.

Wayne Leggett is a director of Paramount Financial Services Group 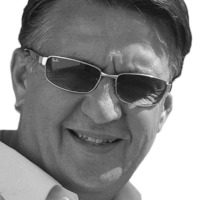