CBA admits it 'failed' its responsibility to insurance clients

Commonwealth Bank of Australia chief executive Ian Narev has conceded that the bank did not meet its responsibility to act sensitively, quickly or fairly when handling clients’ insurance claims.

In a statement responding to Fairfax Media reports that pointed to the poor handling of claims – particularly relating to heart attacks – Mr Narev said insurers have a responsibility to deal with claims as sensitively, quickly and fairly as possible.

“It is clear that in relation to the customers who have been the subject of recent media enquiries, we failed to meet that responsibility,” he said.

“I am saddened and disappointed by the handling of these cases. I will personally write to the customers concerned to apologise and offer to meet with them face to face.”

Mr Narev said in these particular cases the bank was “focused too much on process rather than people”.

“Claims processes involve the review and assessment of detailed documentation. Whilst thoroughness is important for the integrity of the system, this must be balanced by customer need and dignity,” he said.

“Here, we got that balance wrong. We focused on details which caused delays at critical times for customers that needed help.”

Mr Narev added that people are encouraged to escalate concerns or difficult decisions, but highlighted that it “appears” this did not happen.

“These customers felt frustrated and let down by CommInsure, and believed they were more likely to have their voices heard by speaking to people outside Commonwealth Bank,” he said.

“Having had these cases brought to the attention of senior management within the last few days, we have acted on unresolved matters.”

He added: “We are deeply committed to being an ethical business. We will do our utmost to maintain the highest standards and avoid mistakes. But as we have said before, being ethical does not mean being perfect. So an important part of being ethical is responding the right way to mistakes. If we do make a mistake, we will apologise and put it right."

CBA admits it 'failed' its responsibility to insurance clients 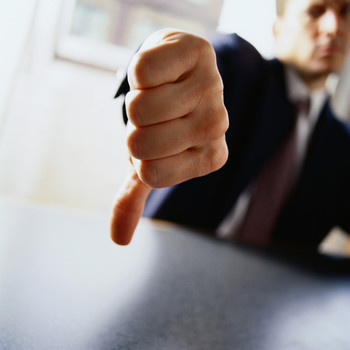