Commissions not synonymous with ‘churning’

There have always been those who believe any amount of commission is a significant contributor to the so-called ‘churn’ problem, but I take issue with this perspective.

The debate about commissions within financial services has been going on for a long time. And when it comes to life insurance, there have always been those who believe any type or amount of commission is inherently conflicted and a significant contributor to the so called ‘churn’ problem.

I draw issue with this perspective on a number of levels, but have two main concerns.

Firstly, I think the real drivers of the industry lapse experience are more complex. Secondly, it is a perspective that overlooks the extent to which commissions are supported by consumers and valued for the way they make quality advice more affordable and accessible to people who may otherwise choose to drop out of the system altogether.

Zurich’s own research has shown that unless we have commissions as a way of allowing clients to fund their financial advice, as many as 60 per cent would simply walk away and be in danger of chronic underinsurance.

If there is a better demonstration of the true value of commissions, then I don’t know what it is.

This important detail did not go unnoticed in the Murray report either, since it chose not to recommend abolishing commissions altogether due to the unintended consequences this might have on affordability.

But does our industry need to change? Yes, I think it does. However, it is the manner in which it needs to change that makes me take issue with the pigeonholing of commissions as the cause of churn.

The Australian life insurance industry has as a hallmark a high quality of products and providers. In addition, the last time I read a Statement of Advice (during the Adviser and Practice of the Year judging process), not only had fees and commissions been clearly explained, but the Statement of Advice clearly documented the nature and consequences of the advice being provided.

In the wake of the GFC, which severely depleted the retirement savings of many Baby Boomers, Australians have become much more sensitive about discretionary spending on things such as life insurance.

There is a broader shift emerging in consumer behaviour that is impacting policy duration. With reportedly 40 per cent (and in some cases 60 per cent) of premiums being captured within superannuation, the cash-flow pressure on average Australians has never been greater. Those who once received financial advice are now desperate to hold on to their policies and seek further advice on funding arrangements to fit into their ever-stretching household budgets.

In fact, these Australians are the fortunate ones. There are those who have continued to receive advice from a life insurance professional and understand that commission actually facilitates the advice process which, at a minimum, takes seven hours of work to place a policy for the most basic of needs. A more complex scenario can take upwards of 12 hours. These Australians are the ones who would otherwise be unable to pay an additional fee for service to compensate the adviser for the time incurred in providing professional advice.

At a time when underinsurance in Australia is still a very real and very dangerous problem, research commissioned by the forerunner to the FSC, the Investment and Financial Services Association (IFSA), in 2015 showed that adults with dependents were critically underinsured by $1.37 trillion. Or to put it even more starkly, only four of the total population with dependent children had adequate levels of life insurance cover; so it does seem perplexing to me that the government isn’t shouting out the value of advice with more positivity and support.

Results from a recent research report commissioned by Zurich, The Life Insurance Literacy Gap, quantified for the first time ever the gap in Australia. It showed that there is actually a direct link between getting advice from a professional and improved insurance literacy.

In other words, the average literacy for advised Australians is now approaching ‘Excellent’ levels, with a score of 6.7, compared to the unadvised, who rate 4.5 on average, falling into the ‘Poor’ range of scores.

With upwards of 95 per cent of Australians' families without adequate cover, and underinsurance set to cost the federal government $1.3 billion over the next decade[1], the main focus – across all sectors – should be on coming up with strategies that encourage more Australians to seek out the advice of insurance professionals.

As I mentioned earlier, of course the industry needs to change, and we are doing so. Our requirements going forward need to be:

Indeed, increasing life pressures are causing Gen Y to seek out advice earlier than previous generations and therein lies the core of the issue – it is the stretched lives of Australians that are driving them to seek financial advice solutions.

We need to be encouraging rather than deriding an entire industry that continues to deliver real and positive life-changing benefits of $18 million to 180 Australian families every single day[2].

Without insurance, advisers and the insurance houses, who else is going to deliver that?

Commissions not synonymous with ‘churning’ 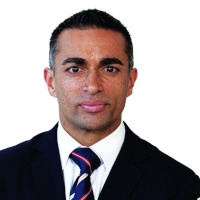