Insurers must embrace social media, not because it’s a nifty technological add-on or a fad everyone else is jumping on, but because social media is people.

It’s fair to say that the insurance industry has been slow to adopt social media; indeed, a fair proportion of the industry continues to resist the pull of Facebook, Twitter and a myriad of other social channels. Some have claimed their official usernames on these channels, tweeted once or twice and then let accounts lie quietly dormant.

It perhaps makes sense for an industry built upon risk mitigation to refrain from playing in a space where so many things can go wrong. Information breaches, compliance, privacy and worst of all, the unthinkable disgruntled customer 'social media crisis' situation all loom large, and are inevitably part of the reason much of the industry remains conspicuously absent from the medium.

They are reasonable concerns, though ones that can be mitigated by an empowered social team with a solid strategy behind them. Brand and reputation are important, particularly in an industry often viewed unfavourably. Social media, with its one-to-many communication capabilities and often-riled consumer advocates, is a daunting prospect for an industry that has traditionally controlled both the product and the message.

The real danger may turn out to be the hidden one, however, as businesses discover the risk of not being on social media in the first place. As other industries have found, when digital transformation comes, it pulls no punches. What has been less obvious to those who have watched as technology has challenged their business models is how seemingly innocuous pieces of technology can affect such dramatic change.

A tweet is nothing but 140 characters, a Facebook page a social peephole into others’ lives. The relevance (or danger) of either to the insurance industry seems tenuous at best. Social media as a medium enables new ways of communicating, but it is the rise of social media as a cultural movement that truly shows its transformative power.

The customer revolution, that is, the changing expectations of consumers – what they want from a company (transparency, trust, timeliness, technology) and their relationship with brands – has not coincidentally arisen with the uptake (take-over) of the internet and subsequent popularity of social media. With individuals able to talk to each other about their brand experiences and to realise that they all want a different approach, they discovered their power as consumers.

Disrupting tech-companies tap into the desires of customers and re-write the rules based on what customers actually want, not what they are currently getting in the market. That’s where their power lies, not in the technology that they’ve produced, but in the meaning behind it. These companies get it. They understand that putting the consumer first – and not just in words, but actually turning a business model upside-down and reconfiguring it – is what is required to attract and keep a savvy new breed of customer.

It’s not as simple as saying that the insurance industry is blind to this trend, or doesn’t understand the implications of technology companies and disruptive models coming into the industry. Maybe some of them don’t, but more likely, many are daunted by the massive change that this transformation should require to do it genuinely. For the larger insurers, this change comes with considerable risk - many can only afford to innovate as opposed to transform. Time will tell if this is enough, but at least it’s a start.

Peer-to-peer insurance offerings, online insurance pools and social group insurance channels are already in existence. They’re yet to be tested in the highly-regulated Australian market. Or, more aptly, they’re yet to test the highly-regulated Australian market. What social media shows us, though, is that when people want things as a group, they have the power to get it, and regulations will change to allow their access. It might not be tomorrow, but, well, you get the drift…

With lower overheads and marketing that plays upon fairness and those things that consumers now expect as a baseline – a genuine relationship, up-to-date technology, control and transparency over their money – new players will be intensely popular once their worth (and safety) has been proven. Five years ago, Uber would have been laughed at – hail a stranger down instead of a taxi? Ludicrous. Stay in a stranger’s house while on holiday? Completely unsafe. Get your television from the internet? Do your banking on your phone? Online dating? Indeed.

History is littered with unlikely scenarios that have become reality despite the pull of tradition and the moral panic surrounding “the new”. To think that insurance will be exempt from that is unwise. The customer is always right, particularly with the megaphone of social media on their side.

The challenge for insurers is not to fight this change, but to adapt to and thrive in it. Insurers are keepers of knowledge and are keenly aware of what happens when things go wrong. Not to put too fine a point on it, but insurance is about protecting people’s lives. It’s a responsibility taken very seriously. The knowledge that comes with that is immensely valuable and provides a point of difference that start-ups or tech-driven companies won’t necessarily have.

As risk management strategies go, getting online is a pretty simple one. Insurers must be online to show that they are putting their customer’s desires first, to engage with them and build relationships outside the sales cycle. Being on social media is about showing who a company is as a brand, developing authenticity and trust over a period of time and being out in the digital-open with nothing to hide.

Insurers must embrace social media, not because it’s a nifty technological add-on or a fad everyone else is jumping on, but because social media is people. People who will go elsewhere if they think they don’t matter, who will embrace claims of fairness and transparency, and the lure of technology that shows a company thinking differently. Social media is people, and while a tweet might seem trivial, if we believe our customers are too, then all hope is lost.

That is the real risk of social media.

Amy Gibbs is the digital communications and content strategy manager at the Australian and New Zealand Institute of Insurance and Finance (ANZIIF).

For more on how to engage tomorrow's clients today, come to the Adviser Innovation Digital Bootcamp. More information here. 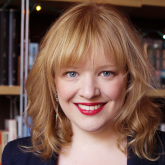