** Updated** Assistant Treasurer and Minister for Small Business Kelly O'Dwyer has made “important improvements” to the Life Insurance Framework, following discussions with the AFA, FPA and FSC.

In a government release, the Assistant Treasurer said all reforms would apply both to personal and general advice.

As hoped for by the advice community, the government made an adjustment to the onerous three-year clawback policy, reducing it to two years.

In announcing the final details of the Life Insurance Framework, Ms O'Dwyer said: "I am pleased to announce that industry has come together to reach consensus on the implementation of important improvements to the remuneration arrangements in the life insurance advice sector".

"The Government has responded to industry concerns about ongoing business viability by moving from a three to a two-year clawback period. However, through these reforms we are ensuring that there are strong incentives to prevent replacement of policies where there is no consumer benefit," she said.

Commissions rates, however, have remained unchanged, and the transition to a 60/20 hybrid model will be made by 1 July 2018.

The premium on which commission caps are calculated can include the base premium, frequency loading and the policy fee, but cannot include stamp duty or GST, the package details stated.

Ms O'Dwyer added she intends to strengthen remuneration disclosure as part of a broader review by ASIC of life insurance statements of advice, including "prominent upfront statements about commissions".

"The ASIC review of Statements of Advice will commence in the second half of 2016, with a view to making disclosure simpler and more effective for consumers as well as assisting advisers to make better use of these documents," she said.

Ms O'Dwyer also emphasised that the corporate regulator will be undertaking a review of the reforms in 2018, and if the review does not identify "significant improvement", the government will move to mandate level commissions as recommended by the Murray Inquiry.

"We will ensure that the industry develops appropriate lapse reporting data to provide clear evidence for this review and that ASIC works with industry to ensure strong integrity around the data," Ms O'Dwyer said.

"I will shortly write to ASIC requesting that they undertake this review."

According to the revised reform package, the industry will have the responsibility for widening approved product lists through the development of a new industry standard which is to be led by the FSC. 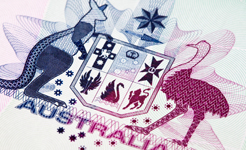