The cost of having a stroke

Can your clients afford to have a stroke?

Strokes are one of the nation’s biggest killers and a leading cause of disability, with one Australian suffering a stroke every 10 minutes on average[1]. It might also come as a surprise that some 5,000 Australians under the age of 50 suffer a stroke every year[2]. That’s almost 100 younger people every week who are busy building careers and raising a family who have their lives turned upside down by what is commonly perceived to be an ‘older person’s disease’.

A stroke causes a section of the brain to die when a blood vessel supplying a particular area of the brain either develops a blockage or ruptures, leading to a loss in function that the area of the brain was controlling. Although some of these symptoms can improve with treatment, unfortunately in many cases the damage can be permanent. While not all strokes will necessarily have serious consequences, the statistics show that 65 per cent[3] of those living with a stroke also suffer a disability that impedes their ability to carry out the activities of daily living unassisted.

Initiating a conversation with your clients about adequate stroke cover could therefore prove to be one of the most valuable discussions for safeguarding their financial future. Having the right life insurance benefits such as income protection will ensure that, should the worst happen, your client can concentrate on recovery rather than having to worry about how to meet their basic living costs should they be one of the one in six Australians who suffer a stroke at some point in their lifetime.

According to Deloitte Access Economics, every stroke costs the individual and community on average $129,199 [4] per person. This speaks to the huge cost for individuals to cover, which is amplified when you consider the impact a stroke may have on their ability to work and therefore earn an income. For advisers, it’s important to consider that stroke sufferers, and in particular younger stroke sufferers, are usually faced with having to cover their standard living expenses, such as mortgage payments, school fees and groceries, as well as these stroke-related costs. These expenses can include gap fees for speech, exercise and thrombolytic therapy, neuropsychologists, haematologists, physiotherapy, psychotherapy, occupational therapy, dietary advice, surgeries, home carers, medication, medical equipment and home modifications.

As a stroke can permanently affect an individual’s mobility and cognitive processes, it can often be difficult for stroke sufferers who are of working age to resume their previous careers. Two-thirds of stroke survivors also end up suffering a disability, which can cut a career short. Of those who do return to work, many find they have reduced capacity, and when a spouse has to assume a carer role, the financial impact can be amplified dramatically. This can be especially challenging for working age people who may be paying off a mortgage, raising children and who don’t necessarily have a large pool of capital available to maintain their family’s lifestyle in the event they have a stroke.

We see a significant amount of stroke claims coming through for clients in the 35 to 50 age group. Stroke survivors in this age group often have no underlying risk factors or indication that they would be left with significant medical impairment in the prime of their life. However, having advisers who have provided financial protection through adequate insurance cover allows these claimants to focus on health recovery.

When advisers are discussing personal insurance options with clients there are two important facts to consider. First, it is prohibitively expensive for a client to take out personal insurance after suffering a stroke. Second, around 25 per cent[5] of people who suffer one stroke go on to have another, however, Australian insurers generally only cover the initial stroke under traditional trauma policies. An exception to this is Macquarie Life Active, which pays out clients for stroke different percentages of cover based on the severity of the stroke allowing for payment of subsequent strokes if they are more severe than preceding ones.

Different insurance providers also have slight variations regarding their definitions for stroke but generally, in addition to changes needing to be detected through an MRI or CT brain scan and a diagnosis of a stroke by a neurologist, claimants would also need to have reported suffering signs and symptoms consistent with a stroke.

Fortunately, the past decade has seen the emergence of new technologies that have enabled strokes to be detected at a much earlier stage. Increased early detection has enabled greater early intervention, which in turn can help decrease the area of the brain affected by a stroke and reduce the chance of long-term disability and death for the sufferer.

With this increasing incidence, we expect there will be more claims for strokes under trauma policies in the future, particularly in the early stages of a stroke or in cases where previously the condition wouldn't have been identified unless it was incidentally found during an autopsy. Insurance products will need to be continually updated to keep up with technological advances made in medicine to ensure that not only are the financial needs of sufferers adequately met, but that pricing remains stable to maintain affordable future premiums.

[5] National Stroke Foundation Website - Preventing Second Stroke: How do I reduce my risk of having another stroke?

Sally Phillips is Macquarie Life’s Head of Underwriting, Claims and Insurance Proposition and an ambassador for the National Stroke Foundation

The cost of having a stroke 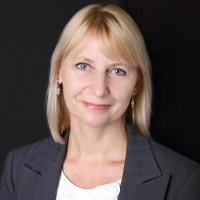