The fickle finger of fate

Advisers are unable to control the actions of clients, which makes the thought of a three-year clawback period all that more frustrating.

A client situation experienced this month has reinforced the draconian nature of the impending three-year clawback provisions.

As advisers, we are able to assess each of our client situations and determine the level of commission we feel is fair and reasonable to take – albeit now limited to 80 per cent plus GST (sliding to 60 per cent plus GST on 1 July 2018).

We are fully aware of the proposed three-year responsibility period – which is just a nice way of saying clawback.

With this in mind, how do we control the fickle nature of human beings?

A client was referred to me three weeks ago seeking advice on insuring their income. The usual process was followed and the resultant statement of advice (SOA) was provided to the client and they duly signed and we progressed to completing the life office application.

The client emailed the day after completing the online application to say she’d had a change of mind and in consultation with her husband (no, he’s not a financial planner or insurance adviser) had decided to withdraw the application and self-insure against loss of income due to injury or sickness.

Where had I failed to cross all my ‘Ts’ and dot all my ‘Is’? The answer is I hadn’t.

Lengthy discussions accompanied by completion of a full fact-find had determined a genuine need for $9,000 a month income protection cover for this lady.

What had defeated me was the fickle nature of human beings, pure and simple.

Hence, I was left around $1,800 in financial arrears from the hours worked to date [based on my hourly rate including profit margin].

Would fee for service have alleviated my remunerative loss? Upon signing a fee-for-service-based risk insurance SOA, would I have been entitled to bill this person for $1,800? Yes. But would she have been prepared to pay me the $1,800? That’s an altogether different question.

Imagine if it was Monday 4 January 2016 and the application had completed and the commission of around $3,000 (plus GST) had been paid. I would have envisaged a further four to five hours work involved leading up to completion and on this basis the commission payable would have been comfortably justified.

But what if the fickle finger of fate was to rear its ugly head within the first 12 months of policy issue? As the sampled client had chosen to pay monthly, cancellation of the policy with less than 12 months' premium paid would have seen the whole $3,000 written back.

Or after 12 months but before 24 months of premiums paid, a 60 per cent clawback solely due to an erratic change of heart.

Perhaps here is the advantage of fee-for-service over commission. But with that said, just how many clients would accept a 25 per cent reduction in their premium cost (i.e. net of commission rates) and be agreeable to paying an additional $3,000 in upfront fees for the implementation of their income protection insurance policy?

And yes, we had explored all other forms of insurance cover. She was satisfied her Death and TPD benefits inside her work super were sufficient [i.e. I wasn’t, but she was]. And she did not want to consider options for her “industry fund” super assets, nor any other potential financial planning areas.

In this instance, my advice was limited to insuring her against a potential loss of income due to illness or injury, but not against the fickle finger of fate.

The proposed three-year clawback provisions do not in any way benefit the customer. They certainly do not benefit the adviser. They only deliver a financial recovery benefit to the life office, primarily based on their ongoing sustainability argument.

But it is the adviser who is left to carry the unfair write-back losses, hold capital reserves for up to three years and watch their profit margins decline as we progress to 1 July 2018 and beyond.

In most mum and dad client situations, fee-for-service for risk-only advising is not a viable option.

Fee-for-service can work, but mostly only in business insurance-type circumstances where there are larger premiums involved. A $30,000 premium reduced to $22,000 [with commission removed] and an initial fee of $7,000 charged should work, but not for a $3,000 or $4,000 premium.

Phil Smith is a director of Dawes Smith & Partners

Other articles written by Mr Smith can be found here:

The misconceptions of the NDIS

A punishment for all advisers

The fickle finger of fate 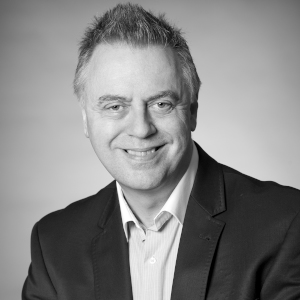