There has been adequate time to realise that “weeks not months” to formulate an industry-changing framework is simply inadequate, unfair and unreasonable.

ASIC’s Review of Retail Life Insurance Advice report (Report 413) identified that a driver of the replacement of existing life insurance policies was the incentive for the adviser to generate new upfront commission. The primary reason a three-year clawback arrangement has been proposed is to control the so-called incidence of ‘churning’.

Firstly, the proposed three-year clawback policy needs to be reduced to a maximum of two years. No other business is subject to such mandated control on potential cash flow risk.

Secondly, the initial commission level should be retained at 80 per cent with a 20 per cent renewal commission payment commencing from 1 January 2016. This will allow for small business owners to maintain the sustainability of their business.

These proposed amendments are based on ASIC’s findings within Report 413. The regulator found when any other form of commission other than upfront was used, the advice success rate achieved was 93 per cent and the fail rate was only 7 per cent.

Any logical or justifiable argument to reduce commissions further from the current hybrid option must be based on a consumer benefit and potential to receive a higher quality of risk insurance advice than the 93 per cent success found by ASIC.

There is simply no evidence from ASIC’s industry review to suggest that reducing commission rates below the current hybrid or level models results in the consumer receiving a higher quality of advice.

Thirdly, the consumer must not be disadvantaged in their access to quality and sustainable insurance advice. This will occur if the sustainability of small business is compromised. It will add to the significant underinsurance problem and result in an under-educated consumer regarding the need and benefit of financial protection.

In order to control the issue of policy churn and early policy replacement, it is essential the incentive is removed. The first priority is to ensure that any replacement of a policy within the first two-year period will only be subject to a maximum commission payment to the adviser of 20 per cent.

Removing the option of an adviser receiving any initial commission payment in regard to the replacement of an existing policy within the first two years removes the incentive to replace a policy of insurance for the purpose of generating additional commission.

The problem with the proposed three-year clawback is that it does nothing to discourage an adviser from replacing another adviser’s client’s policy as they may receive either 80, 70, or 60 per cent as an initial payment, even if the policy has only been in place for six months.

In this instance, the adviser replacing the policy would receive new initial commission, whilst the existing adviser is penalised with a full clawback of all the commission paid for the analysis, advice and implementation process of the original policy. The original adviser did not deliberately instigate the replacement of the policy and so has not ‘churned’ the policy, but the adviser who has replaced the policy, is incentivised to do so.

The proposed three-year clawback may encourage some existing advisers to consider the replacement of their own client’s existing policies within the third year from policy inception as the clawback loss of 30 per cent of the original commission paid on the initial first year’s premium is more than offset by the initial commission payment of 80,70 or 60 per cent for the replacement policy.

Altering the clawback from three years to two years and having the clawback in the first year retained at 100 per cent and the second year at 60 per cent would not serve as an incentive for an adviser to replace an existing policy. This is because they would be forgoing as much commission due to the clawback as the initial commission payment at 60 per cent from 1 July 2018. From the third year, an additional retention commission of 10 per cent could be paid, an additional 5 per cent in the fourth year, and then reducing to the standard 20 per cent renewal commission from the fifth year onward. By that stage, the renewal commission levels for the adviser’s business would be greater and cash flow more sustainable, reducing the incentive for the deliberate replacement of existing policies in the early years to generate additional cash flow.

This process could be easily monitored by the insurers at the point of underwriting and application. On every application, the question is asked if the recommended policy of insurance is replacing an existing policy and if so, when was the existing policy last underwritten. The adviser submitting the new policy must be required to provide written evidence from the existing insurer via a copy of the original policy schedule showing the commencement date of the policy that is being replaced.

If the existing policy commenced within two years of the date of application for the replacement policy, then the adviser is restricted to only receiving a maximum commission of 20 per cent.

Insurers must be held accountable for monitoring the policy commencement and replacement dates. They have continually highlighted the ‘churning’ of policies while also referencing issues of sustainability, but they have exacerbated the problem by accepting large volumes of new business which may only have  been implemented with a competitor 12 months prior.

The protection of ethical advisers and the maintenance of trusted working relationships between insurers and advisers is paramount for the health of the insurance industry, the adviser’s businesses and for the benefit to the consumer.

ASIC Report 413 stated a policy lapse would be defined as when a policy ceases due to non-payment or cancellation by the client.

This report also listed six examples of when the cessation of a policy would not be defined as a lapse and the payment of a claim was listed as one of them.

However, there are several reasons not listed in the ASIC Report 413 why a policy may cease within a short period, none of which are instigated by either the existing or an alternative adviser. It is critical if the primary purpose of any form of clawback provision is to reduce or control the incidence of deliberate replacement that all reasons for the cessation of a policy that cannot be linked to adviser involvement must not then penalise the adviser.

One way of managing this process would be to have the policy owner sign and submit to the insurer, via the adviser, a statutory declaration to the reason for their inability to continue the policy.

The reconsideration and amendment of these important components of the Life Insurance Framework is necessary. There has been adequate time to realise that “weeks not months” to generate a sustainable, industry-changing framework is simply inadequate, unfair and unreasonable to both the consumer and the adviser.

Craig Yates is a financial adviser with Lifestyle Financial Group 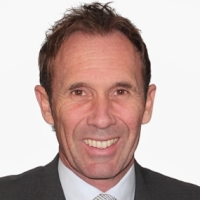