The AFA and FPA have copped plenty of criticism for the role they played in the Life Insurance Framework process, but what would have happened had they not been involved?

The Life Insurance Framework, announced by Assistant Treasurer Josh Frydenberg, has left some advisers in the advice community up in arms – and rightly so.

The proposed introduction of a 60/20 hybrid commission model by 1 July 2018 and the imposition of a three-year clawback policy have left advisers questioning whether offering risk advice to their clients is sustainable.

That said, when compared with the Trowbridge Report proposals and the recommendation of level commissions by the Financial System Inquiry, the reforms seem less onerous.

Since the release of the reform proposals, AFA national president Deborah Kent has told association members that by getting involved in the debates they were able to stave off a far worse outcome.

“We could [have] ended up with something like a nil commission [model],” Ms Kent said. “There are still others out there that would rather see us have nothing, or [even] level commissions, which was [recommended] in the FSI report."

Even AFA chief executive Brad Fox said that for the AFA and FPA to get insurers to agree with the proposals in their current form was a “major win” – but not without also expressing his disappointment that they could not get a more beneficial result for advisers.

The FPA echoed the AFA’s comments, emphasising that the association was fighting to ensure advisers are not left short.

“While the FPA was unable to secure every recommendation put forward in the [Life Insurance] Blueprint, we continue to fight for a sensible interpretation of the outlined policy announced on 25 June 2015, particularly the interpretation of what constitutes a lapsed policy for the purpose of the clawback provisions,” the FPA said.

Despite this assurance, many advisers – and quite understandably – are still angry. They have questioned the negotiations and said that by agreeing to the reforms, they provided consent to the wants of the institutions.

While many have been critical of the associations, none has been more so than executive director of the Association of Independently Owned Financial Professionals (AIOFP), Peter Johnston.

In an email to his members, Mr Johnston said he would submit an alternative proposal to that of Mr Frydenberg in an attempt to create a more beneficial outcome for small business owners and those who specialise in risk advice.

The proposals, which reflect similarities to the FPA’s Life Insurance Blueprint, call for the commission rate to be increased to 70 per cent in the first year and for the clawback period to be reduced to two years.

But the proposal also suggested a punishment for advisers who were found ‘churning’ their clients – it called for ‘churners’ to be placed within a level commission structure and to remain there until they can “prove their innocence”.

“The risk submission put forward by the institutionally-aligned associations to the minister has all the hallmarks of the political strategy used against the financial advisers with FOFA over the platform rebates,” Mr Johnston said.

The Assistant Treasurer is yet to reply to the AIOFP’s proposals, but Mr Johsnton believes that had the AIOFP joined the AFA and FPA during the debates at the beginning, the associations may well have had a stronger platform from which to argue for better terms.

That is the beauty of hindsight though. Had circumstances been different, the risk advice industry may have been left with a better future. But in the face of the Trowbridge Report and the FSI, there is the very real possibility the industry would have been left worse off. So it raises the question: should the associations have got involved?

As details of the Life Insurance Framework proposals emerge, it is not just the associations that need to be as open and transparent as they can. The institutions themselves need to come forward and give the advice community the clarity that it clearly needs and deserves.

Scott Hodder is a journalist at Sterling Publishing 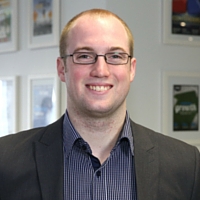