The role of the dealer group

Synchron director Don Trapnell speaks with Risk Adviser about the roles dealer groups, such as Synchron, will play in helping risk specialists manage with the changes brought on by the Life Insurance Framework.

What role will dealer groups play in helping advisers and risk advisers manage the changes of the Life  Insurance Framework?

The role of the dealer group will be absolutely essential.

Unfortunately, there is a huge amount of negativity out there in relation to the life insurance reforms. But when you  actually look at it closely, it is not that big a change.

When the reforms were announced there was five months before any change, and then the only change was actually   to say, no more upfront commissions; everything has to be hybrid. Hybrid commission models have already been available  for a long time and for a lot of advisers they have been writing hybrid anyway

But then we have a change where there is a 10 per cent reduction in remuneration to 70 per cent for the first year and a 20 per cent ongoing commission. By then, advisers who in the past have been writing policies on upfront commissions with the lower renewal rate will have double the renewals entering into their income stream and the extra renewals should have made up for the reduced commission rate.

Then finally it drops to 60 per cent – but again with the renewal rate at 20 per cent, it is embraced by advisers, the ongoing revenue streams should mean more income and in the long run they will probably be better off.

But – and this is the big problem – the issue lies with the three-year clawback or three-year responsibility period. I know of no industry in Australia where a person has the potential of having to pay back income received for a job done three years after the event.

What initiatives is Synchron taking to help advisers with the reforms?

We knew something was near but we had no idea of the detail. However, having said that, one of the things that we have done is designed a risk insurance product. We have designed that product and put that out to tender. At this stage we have three companies who have shown very intense interest in the product. One company has gone past actuarial and gone into the final design phase and the other two companies are still sitting at actuarial. We have two companies which have seen the product and are sitting on the fence and saying ‘we are not quite sure yet’ and two other companies we showed it to said they don’t want to be involved.

We are hoping that we can bring something to market in the next three months. I am suggesting that we might hold back to 1 January 2016 so it coincides with the life insurance framework.

So what are we doing to help Synchron advisers? Number one, we are hoping to provide them an insurance product. Number two, we are talking to Synchron advisers about how to manage their cash flow. One of the things we do at Synchron is we are one of the only licensees in Australia that pays daily so therefore we can assist advisers manage their cash flows by not holding onto the money they receive.

Do you believe advisers will move dealer groups that will be able to better assist them through these reforms?

Absolutely. I think the pressure on the vertically integrated models from regulators and the government is that risk advisers are starting to consider their interests.

We have noticed there is a substantial increase in interest of non-Synchron advisers coming to Synchron or at least talking to Synchron. Now I must admit that we are becoming a bit more choosy on who joins us and we are probably rejecting just as many as we are accepting.

But going forward, I think more and more advisers will become picky about their licensee in a post-Life Insurance Framework world. And certainly the vertically integrated model is going to come under a huge amount of pressure. I think we are going to see non-aligned licensees are going to reap the rewards of that.

Do you see these reforms leading to an end to the self-licensed one-man-band risk advice practices?

It would be sad if we do.

When the Financial Services Reform Act came into play in 2002, I think it was envisaged that everyone would go out and get their own individual AFSL. Today, it is very hard for an individual to hold their own licence because of the cost of holding professional indemnity insurance when you run it on your own. It is a very expensive exercise to hold your own licence. A risk advice specialist would have difficulties in meeting those costs.

But I don’t see an end to the one-man-band risk adviser or the self-licensed risk adviser; it will just become harder and harder.

The role of the dealer group 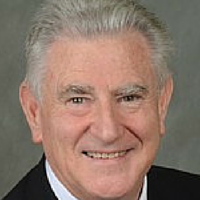