The long road towards reform

The changes to the life insurance industry have not been a spur of the moment decision, it has been years in the making.

The review of the life insurance industry really kicked off in 2011 with the Future of Financial Advice (FOFA) reforms. On announcing the initial FOFA legislation in August 2011, the then Minister for Financial Services and Superannuation, Bill Shorten, talked about standardised clawback terms.

He also suggested that level commissions should be paid for replacement business (in the first five years). So very early on, the government required change; however, they expected the industry to drive that change.

In February 2012, the parliamentary committee reviewing the FOFA legislation agreed to leave life insurance outside of the conflicted remuneration provisions, but instructed ASIC to look at the quality of life insurance advice.

Over the next year, the FSC put forward a couple of proposals, talking to remuneration and responsibility periods/clawbacks, but by February 2013, their plan to achieve change by an ACCC agreement was called off. However, there was still an expectation that the industry had to deal with the issues that Minister Shorten spoke about – it was never off the agenda.

The question that the FSC proposals raised at the time was whether this was about the quality of life insurance advice, or whether it was really about the profitability and sustainability of life insurers. In our opinion, it became clear over 2012, that it was the latter.

The ASIC report
In October 2014, ASIC released their long-awaited report into the quality of life insurance advice and whatever way you look at it, it was bad news – an advice failure rate of 37 per cent. The report highlighted a 45 per cent fail rate for upfront versus a 7.0 per cent fail rate for other forms of remuneration. This meant change was inevitable.

The Financial Services Inquiry report
The Financial System Inquiry (FSI) report released on 7 December 2014 resulted from a 12-month inquiry led by David Murray. In recommendation 24 it acknowledged the high costs involved in arranging life insurance advice and in giving and implementing advice. However, it recommended moving to level commissions.

From our perspective this was a fundamentally inconsistent decision.

Despite being consulted on a range of FSI matters, the AFA was never consulted on the issue of level commissions, which were not contained in an earlier interim report. However, being a government-commissioned report, the government now needs to respond.

The FSC submission to Trowbridge
The FSC made a submission to the Trowbridge review in February, although this was not made public until April 2015. It was no surprise that the FSC recommended that upfront commissions should be removed.

However, what they went on to suggest was level commissions at a level below current levels (ie. 20 per cent). The FSC also talked about an additional payment on top of that.

The FSC also wanted to extend clawbacks and to ban other forms of volume-based remunerations, particularly those paid to licensees.

The Trowbridge proposal was released in late March and involved a $1,200 initial payment plus 20 per cent level commissions; a five-year period in which advisers could not be paid another initial advice payment; a three-year transition period, moving to hybrid during this period and an $8,000 cap during that period. This model was based on a per-client basis, rather than a per-policy basis.

In our view this model went too far and was simply impractical.

By April 2015, there was industry-driven movement. AMP came out with a proposal that from 1 July 2015, it would mandate 80 per cent hybrid commissions as the maximum adviser remuneration.

AMP also proposed putting in place a five-year rule that advisers could not get paid an upfront payment if they replaced business within the first five years. At the time, the minister said, “…a step in the right direction, but more needs to be done”. The message from the minister was clear; other licensees began to follow suit.

During the FOFA debate the advice community had the Coalition and the FSC on our side. This time around, the advice associations had the support of some of the independent licensees and a handful of life insurers. The trade media reported the issue fairly.

But there were many parties on the other side of this debate – the mainstream media, consumer groups, the FSC, the majority of life insurers and both sides of politics.

The Range of Potential Outcomes:

Where we have landed is at least better than Trowbridge and it’s significantly better than level commissions only.

The actual outcome agreed by the industry and endorsed by the minister:

The AFA is strongly against changes to existing level commission arrangements.

Does the consumer win?
Will consumers be better off after these measures are put in place? Unfortunately, our conclusion is that we have seen nothing to suggest that the Life Insurance Framework will result in a better outcome for consumers.

Phil Anderson is chief operating officer of the Association of Financial Advisers. This is an edited transcript of his address to advisers at the AFA’s National Practitioner Roadshow in Sydney.

The long road towards reform 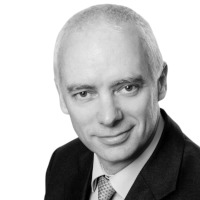