Clawbacks should not penalise advisers: TAL

The details of the three-year clawback policy should not be allowed to unfairly affect advisers or their businesses, says TAL chief executive Brett Clark.

Speaking to Risk Adviser, Mr Clark said that while discussion of the details of the clawback policy continues, he does not want to see a result that is "unduly penal" or creates uncertainty for advisers.

“That is something that is coming through in some of the dialogue from advisers – that [the clawback policy] creates uncertainty [for their businesses], and I understand those points.”

Mr Clark added there are some principles around the clawback policy that operate today and that should be incorporated into the future model.

An example would be the clawback policy not applying in the event of a claim, he said.

“For me and for TAL, that intuitively makes sense," he said. "A clawback shouldn’t apply in the event of a claim as that is what we are here as advisers and insurers to do and support.

“It is certainly not adviser-initiated, so why should a clawback arrangement apply in the event of a claim, whether it be a death, disability or a trauma claim,” Mr Clark said.

Noting that the discussions had brought a range of opinions to the table, Mr Clark said he wanted to ensure the advice industry continued to “prosper and thrive”.

“We didn’t want to see an industry which would be materially smaller than what it is today although we supported some change as well,” he said.

“Overall, in terms of the final framework that [Assistant Treasurer Josh] Frydenberg announced recently, there were some common themes in there, at least in terms of how we were thinking about the situation.

“As an example, we were supporting commission structures around the order that [Mr Frydenberg] announced.”

With the specifics of the reforms proposed by Mr Frydenberg still being debated, Mr Clark said advisers and insurers need to find common ground so the industry can move forward with certainty.

“I think that, for advisers in particular, the lack of certainty [has frustrated them] for some time and I am completely empathetic to them,” he said.

“Running a small business with a lack of certainty around what the future looks like is not helpful, it is not good and we need to provide that certainty as quickly as we can,” Mr Clark said.

Clawbacks should not penalise advisers: TAL 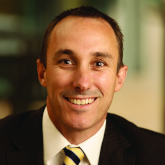