Framework not sustainable for advisers or clients

High up-front commissions were never sustainable but, for many advisers’ businesses, operating under a 60/20 commission model will be unsustainable.

This process behind the proposed industry framework has been driven by John Trowbridge and some members of the FSC who have no understanding of the challenges facing the average adviser.

An article in the Australian Financial Review suggested that the vast majority of advisers who don’t use a fee-for-service model simply haven’t asked their client to accept a fee. I have, and the response from clients who know what I can do for them (some of them have even claimed on polices I set up for them), is they wouldn’t have proceeded past the line, “this is my fee”.

This article highlights the misinformation and lack of understanding of what average advisers are faced with. The industry average case is about $2,500 per annum which fee-for-advice advocates admit a fee for these clients is not appropriate. Does that mean as we move towards a fee-for-advice model the average client will not be seen by advisers?

Fee-for-service in risk advice will lead to huge numbers of Australians saying 'no' to advice and being uninsured, under-insured or see them go to through direct insurance which is inferior cover at a higher cost. The clients who take up the fee-for-advice option will now (without the benefit of rebates and discounts) pay premiums plus a fee. Where is the win for the consumer?

Therefore, my issues with this framework are:

The most concerning of this outcome, however, is it will not benefit the average Australian consumer. In fact it will mean that less people will access advice and those who do will pay greater premiums, as well as an advice fee. Premiums will not drop, in fact it is likely they will increase. We have an underinsurance issue in Australia, so to fix this we will make advice more expensive, harder to access (less advisers) and not reduce premiums, but may increase the premiums going forward? There is so many downsides for the average Australian and not one upside.

Ben Day is a specialist life insurance adviser at Fitzpatrick Financial Services and a director of consultancy Risk Sales Tools.

Framework not sustainable for advisers or clients 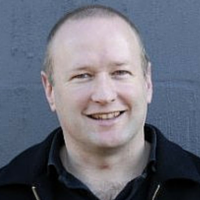